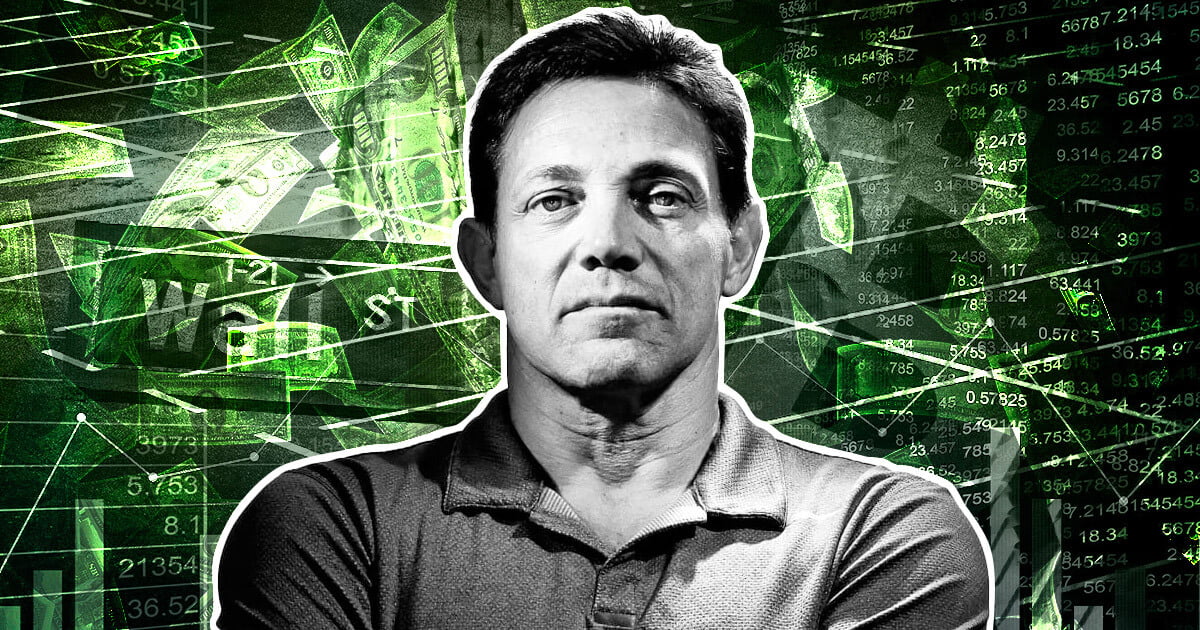 In this article, we explain who is Jordan Belfort, who inspired the movie “The Wolf of Wall Street”. Simply put, Jordan Belfort is an American entrepreneur, author, and flawed. Also known as Wall Street scam. Belfort was imprisoned for crimes including securities fraud and money laundering. A short time later, he came to the agenda again by making statements about cryptocurrencies.

Jordan Belfort was born in 1962 in the Bronx, New York, to Jewish parents who were both accountants. Around 16, Belfort and his close childhood friend made $20,000 selling Italian ice from styrofoam coolers at a local beach. Subsequently, she graduated from American University with a degree in biology. Later, he enrolled in dental school with the money he earned by selling ice cream. But he dropped out when he learned that dentists were now making little money. After working multiple jobs, he turned his attention to entrepreneurship and Wall Street.

Who is Jordan Belfort?

Jordan Belfort is an American entrepreneur, former stockbroker, motivational speaker, writer, and financial misfit. In 1999, he was charged with fraud and money laundering in connection with his firm Stratton Oakmont’s market manipulation schemes that evaporated the capital of millions of investors. Belfort, who was subsequently imprisoned for 22 months, wrote the book “The Wolf of Wall Street” during this period. This autobiographical book betting on Belford’s time as a stockbroker was animated by Leonardo DiCaprio in 2013.

After several scandals and incarceration for fraud, Belfort devoted himself to giving a speech. Accordingly, the Wall Street Wolf has reinvented himself as a motivational speaker. The main theme of these conversations is the divide between greed, ambition and passion on Wall Street.

Jordan Belfort recently revealed that he was the victim of digital asset scams. Belfort mentioned that hackers stole $300,000 worth of digital assets from his crypto wallet. He also told a friend that the stolen coins were OM tokens. Subsequently, he made the decision to host several Blockchain advocates at his home. Belfort revealed to these individuals that he had received multiple offers to print wolf-themed NFTs. But he added that he rejected all these offers, calling NFTs “bad”.

Koindeks.com Jordan Belfort said that he now believes in Bitcoin and Blockchain. Belfort, who stated that he has changed his mindset about crypto in the last few years, explained that he is struggling to learn how it works. He later said he discovered that these technologists would be “a part of our lives forever.” However, he added that he has several investments in a number of crypto startups. Belfort plans to launch a pet-themed crypto project in the near future.

What is the Jordan Belfort fortune?

Jordan Belfort was fined $110 million by law enforcement agencies following the scandal in 1999. According to the information obtained, Belfort paid 14 million dollars of this fine. As of 2022, Jordan Belfort’s alleged fortune is around $2 million. However, when the 96 million dollars that Belfort has to pay are taken into account, we can say that the Wall Street Wolf is negative.

Alex Gloria
Previous articleWhat is QASH? What Does QASH Coin Do?
Next articleEconomists: Gold Could Break These Levels In Respect!