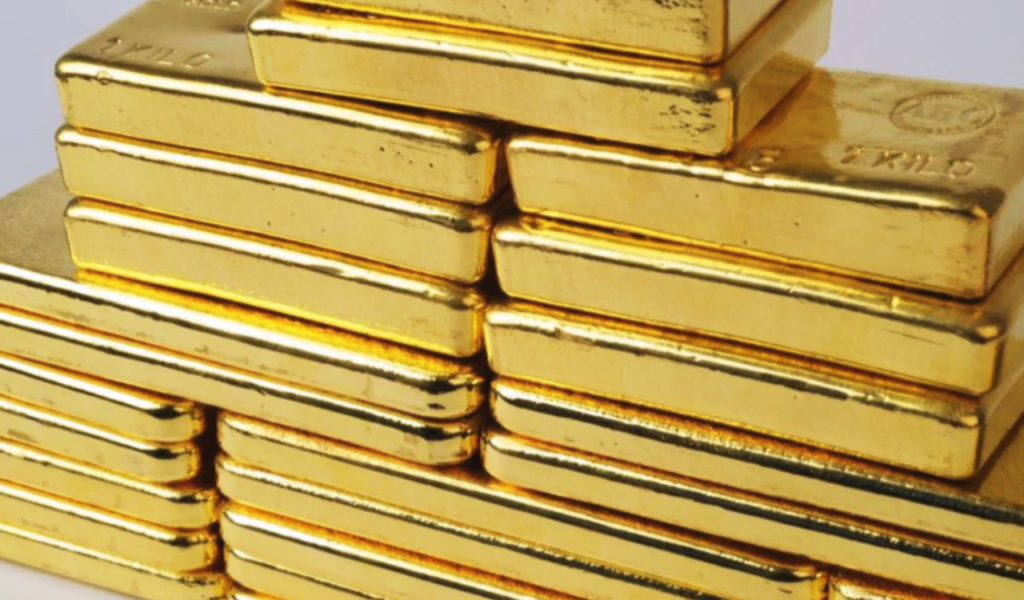 Gold prices rose on Tuesday as US dollar and Treasury yields retreated. However, while the markets awaited the Fed’s policy direction, investors acted cautiously amid it. According to some analysts, hedge funds will continue to sell gold rallies and maintain an overall bearish outlook on the precious metal until more clarity comes from the Fed on the face of the tightening cycle.

“Hedge funds will continue to decline in gold price”

The Commodity Futures Trading Commission’s (CFTC) Commitments of Traders report for the week ended Oct. 25 showed that money managers reduced their speculative long positions on Comex gold futures to 72,016 with 1,328 contracts. At the same time, shorts increased by 11,762 contracts to 110,804. Gold’s net short is at -38,788 contracts, up 51% from the previous week. During the survey period, prices tested reinforcement at $1,650 during the survey period. Therefore, the gold market failed to sustain any bullish momentum.

Analysts say hedge funds currently have low expectations that the Fed is ready to slow its aggressive monetary policy stance. According to many analysts, the Fed’s aggressive monetary policy remains the most precious wind for gold. According to the CME FedWatch Tool, markets have priced in a 75 bps increase this week. Markets were split 50/50 on whether the committee would increase the Fed Funds rate by 50 or 75 bps.

Will the Fed return or continue?

Sensitivity in the gold market is tied to the Federal Reserve’s monetary policy decision on Wednesday. According to some market analysts, it is possible that a random hint that he wants to slow the pace of rate hikes in December and in the new year will attract new upward momentum. But many analysts say any hope that the Fed is ready to turn around is likely to be in vain. Commodity analysts at TD Securities comment:

The Fed will act aggressively on Wednesday. It will most likely signal an ongoing tightening trend. Unless there is a medical rush about financial stability, the U.S. central bank is unlikely to turn dove aside. This means that prices and duration have to decrease.

Commodities analysts at Heraeus predict that the Fed will maintain its aggressive monetary policy stance. In this context, analysts make the following comment:

It is possible that the Fed is facing increasing pressure to minimize the severity of the economic contraction and shorten the tightening cycle that has plunged into recession. However, the US CPI remains high, restraining the price of gold. Therefore, a turnaround in monetary policy is not expected in Q4’22 or early 2023.

“This will likely support the gold price”

Koindeks.com As you can follow, the gold market is feeling bearish. However, analysts point out that the short-term rallies in the Fed pivot rumors are signs of demand waiting to stay free. Ole Hansen, head of commodity strategy at Saxo Bank, says he is cautious about gold in the short term. However, he notes that it continues to rise in the medium term. He also expects the Fed to limit the tightening cycle to 5%. In this bet, the analyst makes the following statement:

We maintain that long-term inflation will end somewhere in the 4% to 5% range, well above current market expectations for a rate below 3%. This will likely support gold through lower real returns. Speculators and investors are expected to stay mostly on the sidelines until we get a clearer view on the Fed’s opinion. That’s why next week’s FOMC meeting is valuable.

“Gold continues to be a prisoner of the dollar”

According to Adrian Ash, BullionVault research manager, gold continues to be a prisoner of the dollar. That’s on the table until Wednesday’s Fed decision and Friday’s nonfarm payrolls. Ash says markets are already trying to look beyond the new year to a possible Fed axis in the spring. The analyst comments:

For gold, the slow bleeding of gold ETFs and the bearish trend in Comex positions is likely to continue very well until the Fed or data signals a side change. Against these headwinds, consumer demand is now likely to absorb these outlets with the strong Diwali festival held in India last week, with Christmas treats in the West followed by Lunar New Year in China.

“One measure down-side movement is possible”

City Index market analyst Fawad Razaqzada says some investors remain skeptical about the possibility of the Federal Reserve taking a more dovish stance on Wednesday. According to Razaqzada, a 75 bps rate hike by the Fed is almost certain. However, the markets have not priced in fully.

Razaqzada notes that the Fed’s 75 bps increase will disappoint those looking for a smaller increase. For this reason, he says that it will cause some downward movement in stock and gold prices. However, he states that an increase of 50 bps will have the opposite effect. In line with this, he says, “The market is even more unsure of what kind of signal the Fed will give about future rate hikes.”

Stephen Innes, managing partner of SPI Asset Management, says he will determine the next $25 to $50 move for gold at the press conference after the Fed meeting. The analyst shares the following assessment:

If Jerome Powell continues to beat the hawk drum and yields start to rise again, a drop to $1,625 is possible. Then it will probably test $1,600.

Turns out, pressure from expected rate hikes, the relative strength of the dollar and rising yields continue to weigh on gold prices again, says David, head of metals trading at High Ridge Futures.