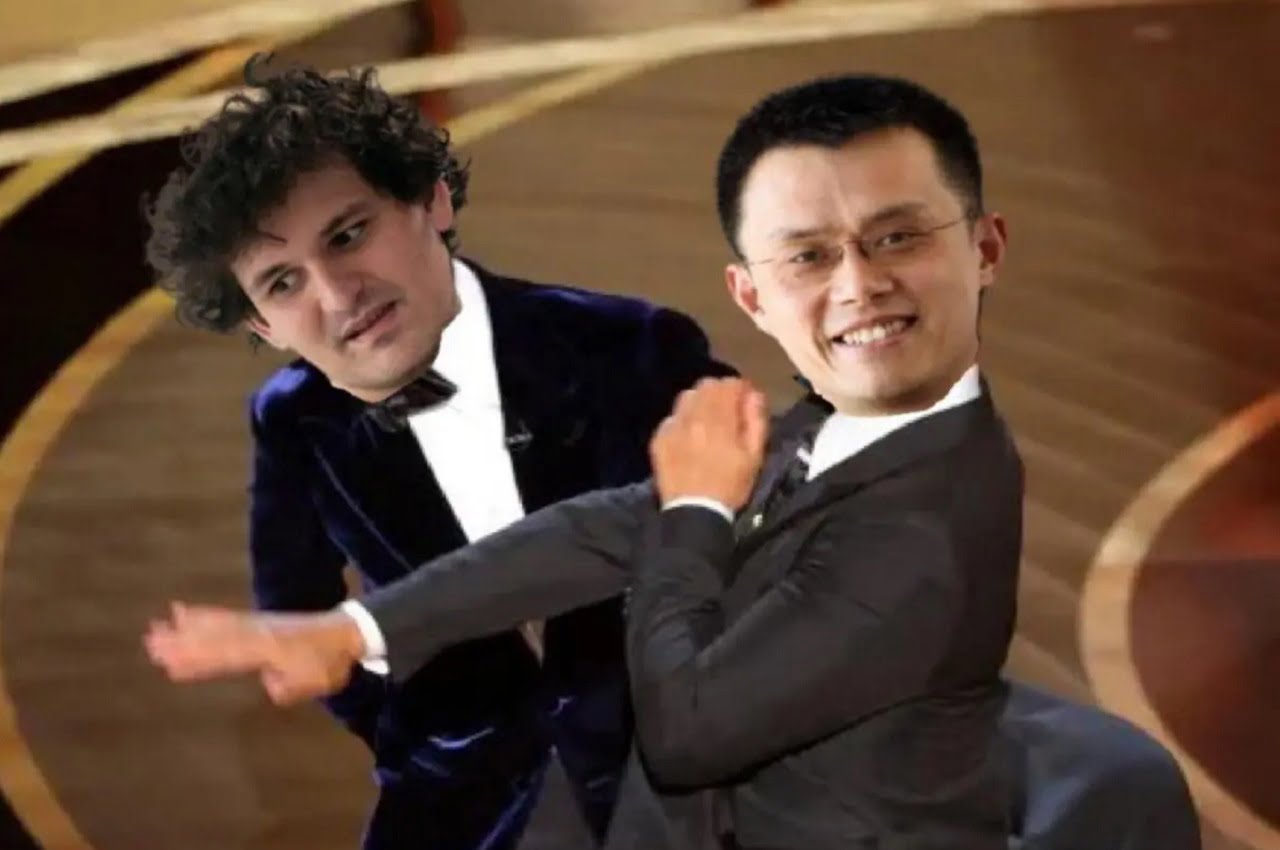 The crypto industry is witnessing a new major war amid FTX and Binance. The information indicates that FTX could be in trouble due to the big exits.

Koindeks.com As you follow, the crisis surrounding FTX and its underlying token FTT is intensifying in the cryptocurrency community as one of the largest exchanges in the world’s trading activity looks more dubious than a few days ago. According to Binance CEO Changpeng Zhao, they have earned $2.1 billion in BUSD and FTT tokens from their early investment in FTX. They plan to sell their digital assets as a result of SBF’s unethical practices. In the next one to two months, they plan to distribute $600 million worth of assets on the open market.

Contrary to CZ’s arguments, the Bankman-Fried-led decision against FTX is considered a module of a ‘Bank Run’ that resulted in large numbers of clients withdrawing their money from a financial institution and ultimately failing. The plan is working so far. According to information from Dune Analytics, FTX’s 24-hour NetFlow is negative. In other words, there are more tokens issued than invested. Netflow on the platform is $26 million negative.

The stablecoin USDC has dominated Netflow as shown in the chart below. With rumors of bankruptcy, this metric began to slide down the truth. In longer time frames, FTX recorded a weekly net flow of -86 million dollars and a 30-day net flow of -230 million dollars. So, ‘Bank Run’ just gets worse.

Sam Bankman-Fried responded to recent events on Twitter. He argued that a competitor was trying to discredit them with ‘false rumors’. The employer assured his followers that FTX was ‘good’ and solvent in this regard. Bankman-Fried wrote:

FTX is enough to cover all client assets. We do not invest in client assets (even treasures). We have completed all withdrawal processes and will continue to process them. Even if that slows us down, it’s tightly regulated. We have GAAP controls with $1 billion in excess cash. We have a long history of defending client assets. This still holds true today.

How did the FTX thing unfold?

A few years ago, Binance helped incubate its biggest competitor today, FTX. They exited the equity position last year and received $2.1 billion for their regular investment. However, this was not paid in cash. Instead, they took the middle payment stake in the stablecoin BUSD and FTT, the native token of the most valuable FTX.

The crisis focuses on the payment received in the FTT token. “Due to recent disclosures that have come to light, we have decided to liquidate any remaining FTTs on our ledgers,” Binance CEO CZ said on Twitter. In addition, he made the following statement:

We will try to do this in a way that minimizes the market impact. Due to market conditions and finite liquidity, we assume this will take several months to complete.

What are the explanations about FTX?

CZ’s announcement came in response to a CoinDesk story about the balance sheet of trading firm Alameda Research. Alameda is (sort of) FTX’s sister company. However, the details are a little darker. The hedge fund company was founded by Sam Bankman-Fried, leader of FTX, who has long faced questions about the conflict of interest between the two companies.

Exchanges live and die with their liquidity. It is the most difficult thing to achieve when starting a new exchange. Investors will follow liquidity, but when you start with zero liquidity, you cannot get traders. And by definition, liquidity comes only from traders. I mean, it’s kind of like a chicken and egg issue.

Bankman-Fried settled this chicken-and-egg issue by streaming a lot of Alameda’s trades through FTX. Thus, it bootstrapped liquidity. Shortly after, FTX entered the races and its growth was spectacular. Questions surrounding the conflict of interest focus on what information Alameda sees in the market that regular traders do not. Bankman-Fried took a step back in this regard. But the truth is that Alameda is one of the largest liquidity providers in the stock market. Moreover, he actively trades against customers. Assuming they’re all honest, it’s still easy to see the conflict of interest.

But there are other mixed stories in the middle of the two. According to a specific financial document, Alameda’s balance sheet deteriorated. Alameda’s assets reached $14.6 billion on June 30. Of that, $3.66 billion was “unlocked FTT” and $2.16 billion was “FTT collateral.” Below is the asset breakdown, which includes a high dose of Solana, the cryptocurrency of which Sam Bankman-Fried was an early investor and remains a vocal supporter.

Frankly, this is a rather worrying balance sheet of heavily relevant vehicles. But what really stands out is the FTT token, which occupies 40% in a surprising form. FTT is, after all, a token created by FTX.

Alex Gloria
Previous articleValuable Move For This Altcoin From Binance! Will the Price Soar?
Next article3 Analysts Shared 6 Altcoins That Will Rise And Fall This Week!