Next Week Beware of Algorand and These 4 Altcoins: Explosion Might Happen! 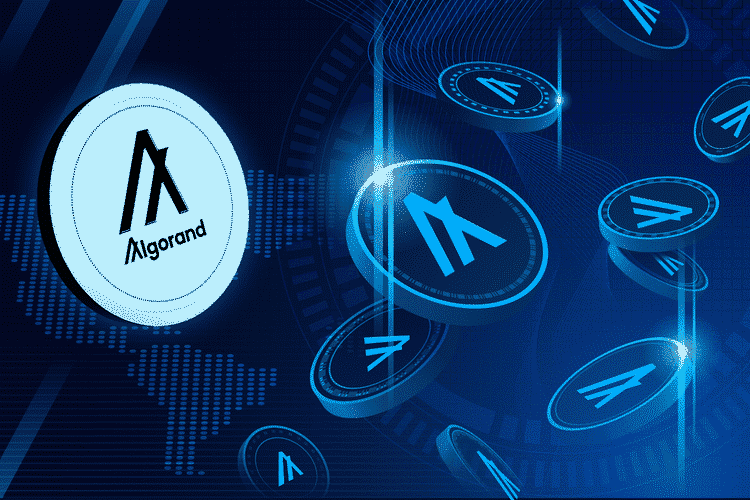 The week we approached to leave behind, especially five altcoins stood out with their performance. In the midst of these was Algorand (ALGO). In this article, we will talk about cryptocurrencies that have been booming throughout the week and analyst Valdrin Tahiri’s analysis of these coins. Here are the details…

More XRP than Algorand or XLM

The first cryptocurrency that the analyst drew attention to was Ripple’s XRP. XRP gained as much as 56 percent on a weekly basis. According to the analyst, in June and September, XRP traded on a long-term ascending foothold. It bounced off the horizontal reinforcement area (green) at $0.32. It then started a strong upper move and broke out from a long-term descending resistance line (dashed line).

Additionally, its weekly RSI is in the process of breaking out of the bearish trend line. According to the analyst, if the upward move continues, the nearest resistance area will be $0.60. Both a rebound of this area and an RSI break above the trendline indicate a reversal of the uptrend.

Koindeks.com As we reported, CHZ dropped to $ 0.018 on June 18. It has been increasing ever since. According to Tahiri, the coin is “in the fifth wave of the five-wave upside move.” CHZ has now reached the 0.618 Fib retracement length of waves 1 to 3 (white). According to the analyst, this is an area that could potentially move to the top. If the price is successful in breaking out above this, the next precious Fib resistance will be $0.32. The daily RSI has essentially created a bearish bias. This is also a sign that a pullback could follow soon.

The RSR has been falling in a descending wedge since June 7. According to the analyst, the RSR started an upside move on 9/11 and is currently in the process of coming out of the wedge. Also, the six-hour RSI is already breaking out of the descending trendline. According to the analyst, this supports the validity of the breakout. If the upside continues, he expects the nearest resistance area to be at $0.11.

ALGO has been trading in the middle of $0.28 to $0.37 since May. Both below and above this range were tested repeatedly. According to the analyst, at the moment, ALGO is in the process of breaking out of the resistance line. The analyst stated that the daily RSI level is actually breaking, so the price can do the same thing. In case ALGO “burst”, it points to $0.52 as the next closest resistance.

Finally, XLM has been falling below a descending resistance line since the beginning of June. As a result of this downward movement, the coin fell to $ 0.098 on September 7. According to the analyst, after the bullish divergence (green line) formed by the daily RSI, XLM broke out of the line on September 2. If the upside continues, the nearest resistance area will be $0.15.

Alex Gloria
Previous articleWorld Famous Analysts: Gold Could Break These Levels By Week!
Next article3 Chest Coins To Watch In 2022 Have Been Determined!