KuCoin Speaks To Cryptocoin: Answers Arguments About The Stock Exchange! 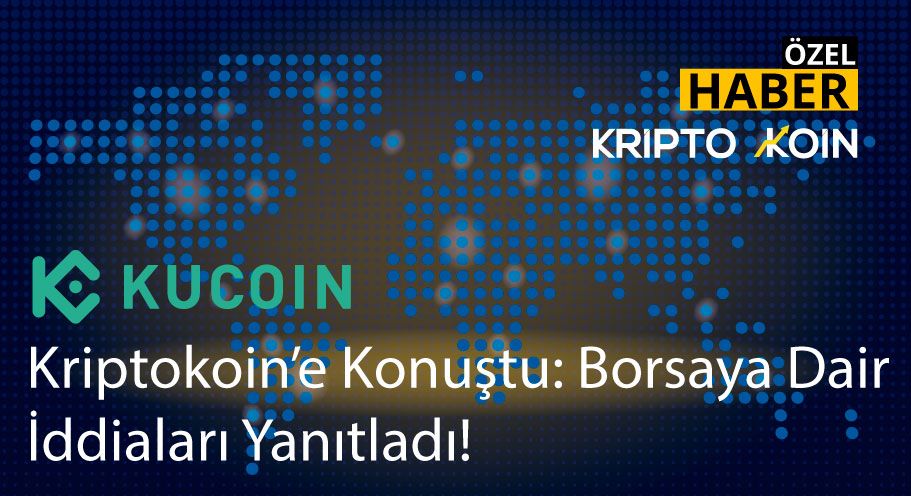 As the FTX tension continues, the cryptocurrency market is struggling to deal with “fear, uncertainty and doubt (FUD)”. Concerns are growing that the liquidity crisis in FTX will spread to other platforms operating in the cryptocurrency space. The focus of these concerns shifted to KuCoin, the well-known cryptocurrency exchange for a while. Recently, there have been arguments that the KuCoin exchange is also in the process of bankruptcy. Well, what actually happened? In this article, we will convey the theses for the stock market and the response from KuCoin…

Theses on KuCoin: Million-dollar outflow, hassle of access, and more

As it is known, the latest events in FTX shook the market. On Monday morning, Binance CEO Changpeng Zhao pointed to reports that Alameda Research and FTX’s assets were illiquid. This was a catalyst that brought the market into the current panic. As a result, the FTX crisis has caused crypto users to suspect signs of distress on trading platforms. On top of that, KuCoin, one of the major crypto exchanges, recently went into maintenance unannounced. This triggered the panic that actually existed in the cryptocurrency space.

Also, some cryptocurrency traders trading on KuCoin speculated about a possible fund gloom on the crypto exchange. Lookonchain, a crypto account, partially confirmed the suspicion of funding failure, citing data from crypto analytics firm Nansen. In a Twitter post, Lookonchain stated that KuCoin has witnessed over $235 million in stablecoin launches in the past seven days. Nansen’s data also pointed out that KuCoin seems to be the exchange with the most withdrawals. He even said that the withdrawal metric is even greater than FTX.

So withdrawals and unannounced stock market maintenance created much of the suspicion. Well, are these arguments true? Or are there developments in the network that users are not aware of? KuCoin officials responded to our request for comment on the matter and commented on the arguments. Koindeks.comspoke to

KuCoin spoke to Cryptocoin about the arguments: Is there funding pain?

A KuCoin spokesperson pointed to KuCoin CEO Johnny Lyu’s statements on Twitter. The CEO tweeted, “Stop FUD!” the explanation was pouring. He also underlined that there is no random problem in the stock market. The spokesperson of the exchange also stated that they are working on proof-of-reserves, which are “proof of reserve” that will verify the status of the exchange’s reserves. Apart from that, he stated that they have nothing to do with the FTX exchange. The spokesperson used the following terms:

KuCoin has no investments in FTX Token (FTT) and has never invested in FTX. We are currently working on rolling out merkle-tree proof-of-reserves.

What’s behind the stablecoin exit?

KuCoin CEO Johnny Lyu has responded to the multi-stablecoin exit arguments. He said it was a misunderstanding. He stated that the data was interpreted in an erroneous form and published the process details. While sharing screenshots from Tronscan and Etherscan navigators, he pointed out that the process in question occurred with the conversion of ERC-20 based USDT to TRC-20. The CEO used the following terms in his statements regarding the matter:

We’ve worked hard with Nansen to clarify that this is basically a process to convert ERC20 USDT to TRC20 USDT. Nansen admitted that they were simply tracking ERC20 tokens, so the TRC20 USDT did not appear. This was interpreted as a stablecoin exit from the stock market.

The screenshots shared by the CEO are as follows:

Why did KuCoin go into temporary maintenance without notice?

KuCoin spokesperson used the following words about the access problem that occurred recently:

KuCoin.com was flooded with malicious intent on November 8, 2022 at 16:35-17:08. Some users may have experienced delays while logging in. The group identified the problem and quickly responded by cleaning up the traffic generated by malicious individuals. All affected services returned to normal after a short time. Our team will continue to monitor the situation.

How does the CEO of the exchange interpret the FTX event?

KuCoin finally pointed to the CEO’s tweet in response to a question about the stock’s reserves and the current state of the FTX exchange:

I just want to say I’m sorry to everyone who was hurt in the FTX incident. Hopefully, everything can be resolved quickly and the branch can be back on track. Protecting user funds is the top priority at KuCoin. We will publish the Merkle tree proof-of-reserves (POF) in about a month. We will work closely with authorized control bodies to ensure the accuracy of the numbers and information we provide to our users and to build confidence in the department.

Alex Gloria
Previous articleVitalik Buterin Applauds: This Altcoin Surprises As FTX Drops!
Next articleFTX Balance Sheet: These Altcoins Are Under Fire As They Fly!