Keep Your Eyes on These 6 Altcoins This Week: Here are the Prospects! 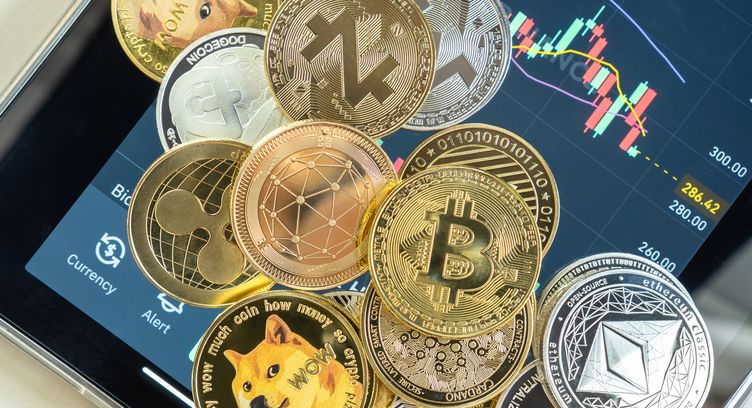 Cryptocurrency markets started the new week with a general decline. There are many reasons for the decline, including the Fed’s decision to raise interest rates by 75 basis points. However, unlike previous rate hike announcements, Bitcoin and altcoin projects did not decline. The cryptocurrency ecosystem has experienced a lot of negativity this year. But he seems to have left the worst behind. As Koindeks.com, we convey to you the altcoin projects that are closely followed by analysts.

MATIC, the altcoin of the Polygon ecosystem, is currently the highest earner in the last 24 hours. Not only that, MATIC had the best crypto performance at the end of last week. Meta and JP Morgan’s decision to become the first Defi trade on Polygon provided the altcoin’s rise. The interesting thing is that the rally continues this week.

MATIC surpassed the 50-day Easy Moving Average (SMA) above the 200-day SMA on the daily price chart for the MATIC/USD pair. This is seen as bullish by analysts.

Everyone knows that SHIB is one of the most recognizable crypto projects on the market. The project realized multiple new ventures this year. Subsequently, the use of SHIB increased. He achieved success in the community. But looking at the price, it has not experienced a significant increase now. After the Shiba Eternity game, interest in SHIB increased.

However, the most valuable release of the year is almost about to happen. Shiba Inu’s Shibarium Layer-2 network has captured the full attention of the community. The Shibarium launch has the potential to bring great benefits to SHIB holders.

The price of the sixth largest crypto XRP by market price increased last Friday. In addition to these, Ripple Labs, the company that uses XRP Ledger, continues the lawsuit process with the SEC. Many community members expect Ripple to win. In this case, it is likely to lead to an increase in XRP prices.

Although the decision is still months away, people are already starting to speculate.

It’s no surprise that Cardano’s ADA has lost a lot of money in the past few weeks. However, in bearish or neutral steps, it is widely accepted that ADA is losing ground. In the last few days, the ADA price has the potential to rise sharply again. According to analysts, Cardano’s network and the number of Smart Conract are increasing rapidly. As a result, an increase in ADA price is expected.

The price of Avalanche’s altcoin project AVAX has dropped almost 90 percent since April 2022. In addition, AVAX has regressed from its top 15 place compared to its market price. According to analysts, in a bullish environment, Avalanche has the potential to gain value again. As a scalable blockchain, Avalanche is one of the promising cryptocurrency projects. When the cryptocurrency market recovers, the altcoin could go higher.

At the end of 2022, we may see gains again, especially as AVAX reaches its strong $14 support.

After the launch, altcoin Aptos (APT) attracted all the attention.

One of the altcoin projects that is expected to rise in the coming period is Aptos. A newcomer to the cryptocurrency market, Aptos had mixed feelings after its launch. Aptos masters a technology originally designed for Diem, the cryptocurrency released by Meta.

Cryptocurrency analysts claim that in the next few weeks, Aptos will rise. With the upward mobility, it is possible for prices to be in the middle of $15 to $25.

Alex Gloria
Previous articleAttention: These 2 Altcoins Are Discharged To Binance And Exchanges!
Next articleCritical Week for Gold Prices: 3 Analysts Made Assumptions!