Here are 4 Altcoins That May Rise This Week and Forecasts! 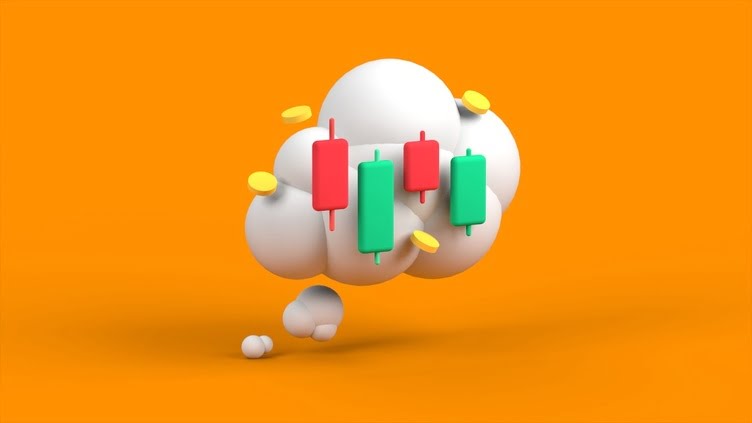 Leading US stock indexes continued their declines last week as worsening macroeconomic conditions added to concerns about global calm. With both bulls and bears fighting for supremacy in Bitcoin (BTC), the next few days are expected to witness high volatility. So, how will altcoin projects move? Here are the altcoins that are expected to rise this week and the levels to follow, according to analyst Rakesh Upadhyay.

Before altcoin claims, what’s next for Bitcoin?

Bitcoin bulls have successfully defended the mid-$18,626-$17,622 reinforcement zone over the past few days. However, it continues to face strong selling at the 20-day exponential moving average ($19,720). This shows that the bears continue to sell on small rallies. The downward sloping moving averages show the bears’ dominance. However, the positive divergence in the relative strength index (RSI) indicates that the bearish momentum may weaken.

According to the analyst, a break and close above the 20-day EMA will be the first sign that the bears have lost control. The BTC/USDT pair could then rise to the 50-day easy moving average ($21,043) and later to $22,799. Buyers will have to break through this mania to lay the floor for a rally to $25,211. Conversely, if it breaks below $17,622, the sell-off could get heavy and the pair could resume its downtrend. The pair could decline to $14,500 later. On the upside, the pair could rally to $20,400 if the bulls push the price above the 50-SMA.

Next up for altcoin ATOM

Cosmos (ATOM) has been trading above the $13.46 breakout level for the past few days, suggesting that the sentiment is positive and traders are buying on the dips. The 20-day EMA ($14.22) has flattened out and the RSI is near the midpoint, suggesting stability midway between supply and demand. If the price rises above $15.26, the short-term advantage could be in buyers’ favor. The ATOM/USDT pair could rally to $17.20 later. This level could act as a resistance again, but if buyers pull the price above it, the pair could gain momentum and rally to $20.34 and later to $25.

Contrary to this assumption, the advantage could turn in favor of the bears if the price declines and breaks below the 50-day SMA ($12.90). The pair could drop to $10 later. The pair has been in the middle of 13.45 and 17 dollars for a while. Buyers have aggressively defended the foothold at $13.45 and are attempting to push the price above the 50-SMA. If they do, the possibility of a rally to $16 and subsequently to $17 increases.

Conversely, if the price drops from the current level and falls below the 20-EMA, it will indicate that the bears continue to sell in the rallies. This could push the price towards the strong support at $13.45. Sellers will have to push the pair below $13 to clear the way for a possible drop to $11.50.

The obscurity of the range-bound movement in the middle of $0.27 to $0.38 was resolved on September 23 and indicates the start of a new upper movement. If this happens, Algorand (ALGO) could still be on leg one of the uptrend. The precious level to watch on the downside is $0.38. If the bulls turn this level into support, it could increase the possibility of starting a new uptrend. The ALGO/USDT pair could then rally to $0.45 and later to $0.50. This bullish view could be invalidated in the near term if the price dips below $0.38 and re-enters the range. This could push the price down to the 20-day EMA ($0.33). If the price bounces back from this level, the bulls will try to break the overhead resistance again.

The price climbed above the overhead resistance at $0.38 but the bulls failed to build on this momentum. This shows that the bears are not giving up now and continue to sell on rallies around $0.41. If the bears pull the price below the 20-EMA, the pair could drop to $0.36. This is a valuable level for the bulls to defend, as a break below it could open the doors for a possible drop to the 50-SMA. On the upside, the bulls will need to push the price above $0.41 to signal the resumption of the upper move.

Chiliz outperforms the base levels

Chiliz (CHZ) rebounded sharply from June’s lows and bulls crossed the overhead resistance at $0.26 on September 22, signaling that the upside movement has started again. The bears have been trying to push the price below the $0.26 breakout level for the past three days, but the bulls are holding their ground. This suggests that the bulls see the dips as a buying opportunity. The ascending moving averages and the RSI in the positive zone indicate that the buyers are at their command.

Both moving averages are rising to the advantage of buyers, but the negative divergence on the RSI indicates that the bullish momentum may weaken. If the bears sink the price below $0.26, the pair could drop to the 50-SMA. This is a key level for the bulls to defend because if it gives way, the pair could drop to $0.22. On the other hand, if the price recovers from $0.26 and rises above $0.28, the upward move could resume. The pair could rally to $0.32 later.

Quant (QNT) is showing strength as it trades above both moving averages. Even if the sentiment in the cryptocurrency segment is negative, it exhibits higher price action. The bears have been holding the $112 level for the past few days, but the bulls broke the resistance on September 24 and pushed the price to the downtrend line. The long wick on the day’s candlestick indicates that the bears are trying to stop the upper move at this level.

A minor positive event is that the bulls are focusing on $112. This shows that buyers are trying to turn this level into reinforcement. The QNT/USDT pair may rise to the downtrend line once again. If this mania is surpassed, the pair could rally to $133 and later to $154. Alternatively, if the price drops below $112, the next stop could be the 20-day EMA ($106). A break below this support could take the pair to $95.

After trading above $112, the pair gained momentum and moved closer to the downtrend line. This pushed the RSI into the multi-bought territory, which may have encouraged short-term investors to take profits. The price dropped to $112, showing that sentiment is positive and traders are buying on the dips. The pair could rally to $121 and subsequently to the downtrend line. On the downside, a break below $112 could take the pair down to the 50-SMA and subsequently to $95.

Alex Gloria
Previous articleThis Altcoin Crashed With Breaking News!
Next articleThe Analyst, Knowing the End of the Bitcoin Bull Market, Announced the Next One!