Here are 10 Events That Will Impact Bitcoin, SHIB and Altcoins This Week! 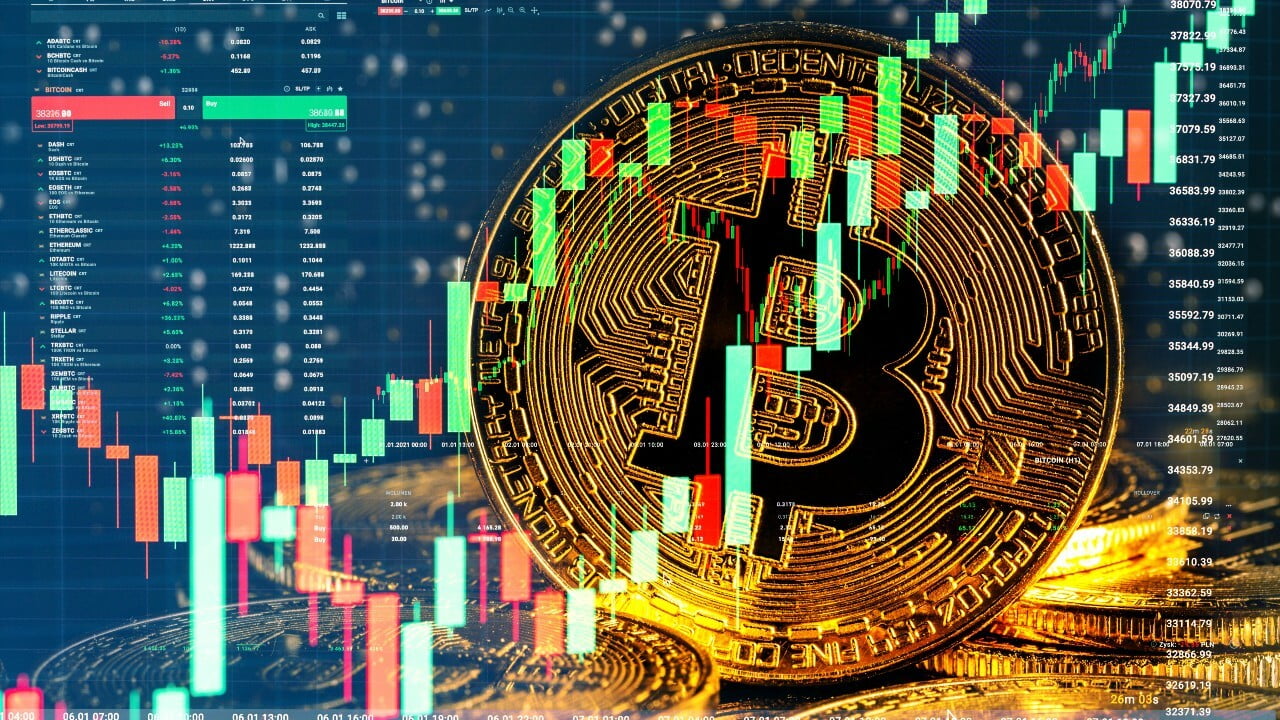 Bitcoin is entering a week where macroeconomic events will be highly valuable, still trading above $20,000. BTC/USD remains tied to higher highs following its highest weekly close since mid-September. So, what will affect Bitcoin and altcoins this week? In this article, we share the analysis views, on-chain information and the important agenda items of the week for Bitcoin. Here are the details…

The last days of the FOMC countdown

The headline news of the week comes with the meeting of the Fed and the Federal Open Market Committee (FOMC). On November 1-2, officials will make a decision on the rate hike, which is overwhelmingly priced at 0.75 percent. This will match the Fed’s previous two hikes in September and July. However, the markets will be watching whether there will be a random change in attitudes towards monetary policy at these meetings. The interest rate decision will be made this Wednesday. The statement coincides with 21st Turkish time. Fed Leader Jerome Powell will deliver a speech later at 9:30 p.m.

The market is talking about the end of an aggressive monetary policy that went into effect almost a year ago or a neutral stance. For Bitcoin and risk assets in general, this could provide significant fuel for growth as conditions ease. But in the short term, commentators expect a standard reaction to the upcoming FOMC announcement. “We may see a small pullback this week, like when the Fed will announce rates,” prominent trading account IncomeSharks told Twitter followers. An accompanying chart showed the expected pullback after further potential upswing going forward.

An alternative perspective came this weekend from analyst Kevin Svenson. He warned of rising inflation expectations. Therefore, he does not think that interest rate hikes will end in the near future. warned that there is little reason to hope for a rate hike cut in the near future. According to CME Group’s FedWatch Tool, the possibility of an increase of less than 0.75 percent is currently 19 percent. Another analyst, Tedtalksmacro, showed similarities with Svenson’s view.

A “double top” pattern has formed on the Bitcoin chart

Bitcoin managed to avoid massive volatility as it closed the weekly candle at around $20,625 on Bitstamp. Thus, the highest six-week weekly candle close was realized for BTC/USD. In this middle, the daily chart retains the 100-day moving average as the current resistance. However, the fundamental trading range, where the pair has been moving for months, remains firmly in place. Even last week’s surge failed to produce a worthwhile paradigm shift.

For analyst Mark Cullen, this signals that we will “wait and see” for Bitcoin’s next attack. In the new analysis on Oct. 31, he noted that BTC/USD has returned to a familiar Fibonacci level based on last week’s rise. He stated that BTC climbed to $ 20,400 in the last 61.8 Fib retracement and has held at this level so far. It makes me wonder if we’ll see $21,000 this week due to some random catalyst at the FOMC meeting.

Tedtalksmacro has come to a precedent conclusion for macro markets in general – they expect “the same old tough stance” from the Fed. So even the FOMC’s lack of surprise should be enough to continue the bullish tone from last week. In this midst, crypto trader and analyst Provincial Capo of Crypto described the two spikes above $21,000 as a “clear double top” for Bitcoin. However, the analyst’s downside goal of $14,000 is still in effect.

Have we seen baselines for Bitcoin?

Comparisons between this year and mid-2018, Bitcoin’s last bear market, are currently drawing attention. But for some, it’s too early for comparisons. “Similar to the bottoms in 2015 and 2018-2019, Bitcoin prices are in a tight range,” said on-chain analytics platform CryptoQuant. He pointed out that as a precedent for the processes in question, BTC has been in the middle of $18,000 to $20,000 for almost two months. CryptoQuant pointed to two valuable on-chain metrics, MVRV and UTXO Realized Cap, which support the theory that the next bear market floor is still far away.

Koindeks.com As we have also reported, MVRV divides the market price of Bitcoin by the realized price. In the words of renowned analyst Willy Woo, it is “useful” for spotting macro tops and bottoms as well as overbought/oversold conditions. The UTXO Realized Cap is the price at which different BTCs were transferred compared to the previous time and gives an idea of ​​the profit and loss. According to the analysis, levels above $21,000 must be maintained for the current trend to change.

Highest risk of supply shocks since 2017

Bitcoins, which have been dormant for ten years, have been on the move lately. But overall, the BTC supply is becoming more and more liquid. This week’s new information gives the latest hint that the surge in buyer interest could trigger a precious supply issue and a corresponding price increase. Fidelity Digital Assets researcher Jack Neuureuter highlighted information from on-chain analytics firm Coin Metrics. It revealed that the percentage of supply carried over last year was at an all-time low.

33.7 percent of all available BTC has left the wallet since the end of October 2021. This also takes into account increased volumes of around $69,000, an all-time high in November. “In other words, 2/3 of the BTC supply has not moved in the last 365 days,” Neureuter added. Different data from Glassnode in this middle show that the possibility of supply shock is increasing. The Liquid Supply Shock Ratio metric modeling the phenomenon follows a higher trend throughout 2022. It is currently at levels not seen since Bitcoin’s last halving cycle in 2017.

Crypto market sentiment has improved thanks to price spikes over the past week. The Crypto Anxiety and Greed Index hit six-week highs over the weekend. Horror and Greed shows how bullish or bearish the mood in crypto is. It uses many factors to calculate whether the market will see a bounce or correction as a result. Sensitivity, now at 34 out of 100, has helped us break out of the “extreme fear” zone we’ve seen throughout 2022.

Also, information from analytics firm Santiment suggested that long-term holders are planning to HODL through volatility. “Once Bitcoin rises above $20.7k, traders are happy to hold the coin long-term,” he wrote in a tweet over the weekend. Santiment also showed that the ratio of BTC supply to exchanges is at its lowest level since 2018, the year of the bottom of the last macro bear market.

Macroeconomic developments that are valuable outside of the Fed speech

There are also important developments this week apart from the FED’s interest rate decision and the FED Chairman’s speech. For example, today, the inflation rate in the European Region will be announced at 13:00 Turkish time. On the other hand, MicroStrategy, the company known for the size of the BTCs it holds, will announce its interest report tomorrow at 23.15 CET. On November 3, the inflation rate in Turkey will emerge. It is expected that the UK will announce its interest rate decision on November 10. As it is known, the UK has recently increased interest rates. Finally, on Friday, November 4, the unemployment rate in the USA will be announced.

Alex Gloria
Previous articleGiant Fund Manager: This Altcoin Has The Most Bullish Chart!
Next articleNew LUNA Incident: This Altcoin Delisted and Crashed!