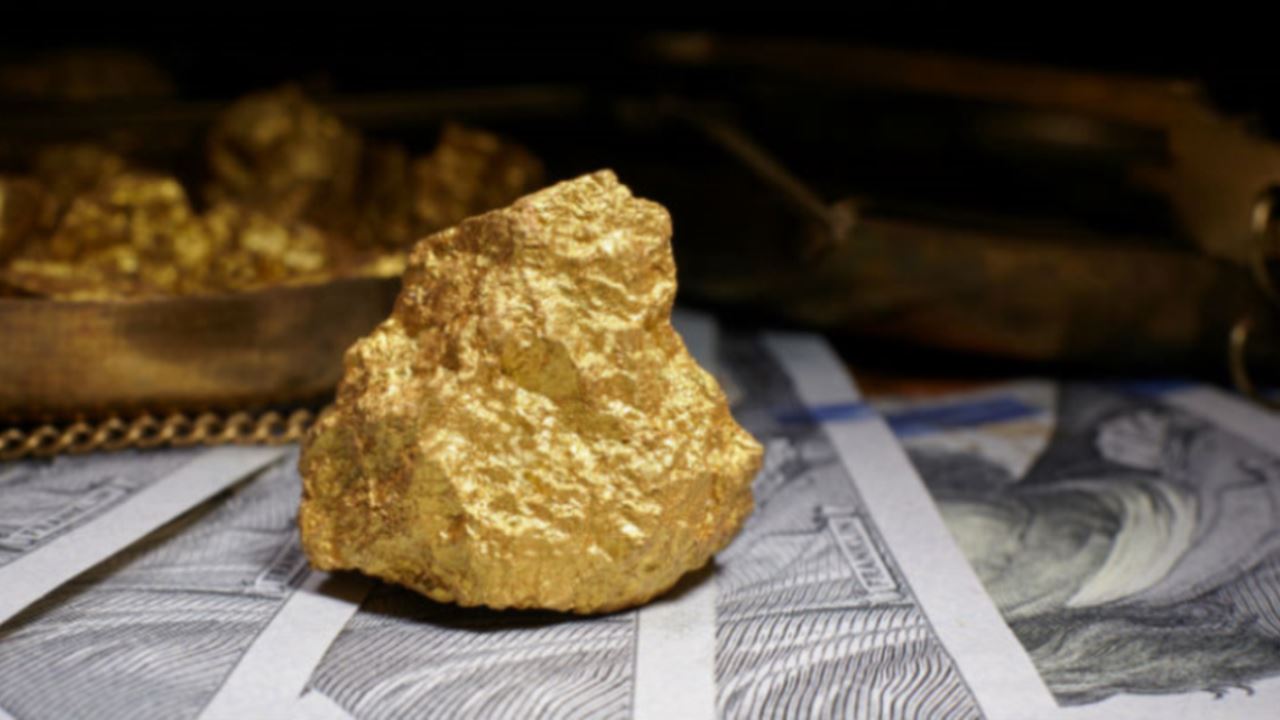 Gold price managed to climb above $1,700 after the dollar lost slander. According to some analysts, rising calm concerns continue to put pressure on risky assets. In this environment, the gold market is also benefiting from the demand for safe harbors.

“Gold price has gained a new momentum above 1.680”

Koindeks.com As you can follow on ., the gold price has reached its highest level in almost five weeks, rising above $ 1,700. December gold futures were last traded at $1,712. Ole Hansen, leader of commodity strategy at Saxo Bank, points out that the rise of gold above $ 1,680 creates a new momentum for gold. He also notes that a crash in the crypto markets has contributed to gold’s safe haven appeal.

Some analysts see Tuesday’s move as a continuation of Friday’s short-term rally as trading information from the Commodity Futures Trading Commission shows downward speculative positioning near four-year highs. However, other analysts say the rally may reflect a shift in market expectations as the threat of a global slowdown increases.

“This situation helps for the gold price”

In the middle, the inverted 2-year/10-year yield curve remains a valuable calm indicator for many economists and market analysts. Daniel Pavilonis, RJO Futures top commodities broker, speaks to growing calm concerns. He says some of the whispers on Wall Street point to weaker-than-expected inflation on Thursday. Currently, markets expect the US CPI to rise 7.9% year-on-year. This means positive data for the gold price.

Expectations for softer inflation numbers also change the outlook for the Fed’s monetary policy decision in December. According to the CME FedWatch Tool, markets see around 57% chances for 50bps movement next month. Daniel Pavilonis comments:

Markets are predicting that the Fed will slow the pace of rate hikes for next year. That’s why bond yields seem to want to drop. This puts pressure on the US dollar and helps gold prices.

“When that time comes, gold and bonds will be the best investment on the market.”

The US dollar index fell below 110 points, trading near a seven-week low. The gold market saw some valuable gains from last week’s two-year low. However, many analysts note that prices have entered neutral territory. Many analysts say that gold must rise above $1,735 before gaining sustained upward momentum.

Some analysts are warning investors not to follow the market as the Fed maintains its aggressive monetary policy stance. Philip Streible, chief market strategist at Blue Line Futures, explains:

When the Fed finishes raising interest rates, gold and bonds will be the best investments on the market. But we do not know when the Fed will end.

“The biggest warning price increase for the gold price”

Pavilonis adds that although market expectations change, inflation will return quickly if it is hotter than expected. In this context, he comments:

The biggest warning for the gold market remains the price increase. Because that will determine how sticky inflation will be. If inflation is to be quite sticky, the Fed will need to maintain its aggressive stance longer than expected.

“Gold is quickly very cheap compared to almost all other investments”

The gold market has jumped nearly $100 from the two-year low it saw last week. Investors may be starting to understand the cost of the price metal, according to Dennis Gartman, leader of the University of Akron Endowment Committee and former publisher of the Gartman Letter. Gartman says that the recent drop in gold to $ 1,618 is a valuable move that creates a solid price game for investors. Based on this, he makes the following statement:

“I pay attention to the long-term potential of the yellow metal!”

Hedge funds and other big investors are staying away from gold as prices plummet over the summer. Gartman notes that personal investors are a cluster that benefits from lower prices. “The fact that central banks are aggressive gold buyers on the downtrend shows where the price is in the market,” Gartman says.

Gartman is pretty optimistic about gold for most of 2022. Whether gold’s most recent rally is the start of a new uptrend or just another bustling short periodic rally isn’t worth much to Gartman. He says he’s been paying attention to the long-term potential of the yellow metal.

“Gold market will continue to benefit from safe port flows”

Dennis Gartman states that the Fed will continue the process of raising interest rates, which creates a strong environment for gold. However, he also notes that he does not think that the Fed can eventually bring inflation under control and bring it back to 2%. Gartman adds that he expects the Fed to bring interest rates to 5% or 5.25% in this tightening cycle. However, he also says that the increase in the Fed Funds rate will not be overlooked. Finally, Gartman comments:

The Fed’s balance sheet is $8.5 trillion, and they get $95 billion a month. It will take years for them to get all that liquidity out of the market. Inflationary pressures will continue for a long time to the benefit of the gold market. At the same time, the gold market will continue to benefit from safe port flows.”

Market expert İslam Memiş is also raising the gold market in the light of the latest developments. Memiş states that he sees gold as a long-term ideal investment. Next, the expert draws attention to the following levels that the ounce gold business considers critical:

Alex Gloria
Previous articleAlameda Is Selling These Altcoins To Stop The FTT Collapse!
Next articleHours Left: Awaiting Wave 2 for Cryptocurrencies!