Cryptocurrency Goes to G20! What will be discussed? 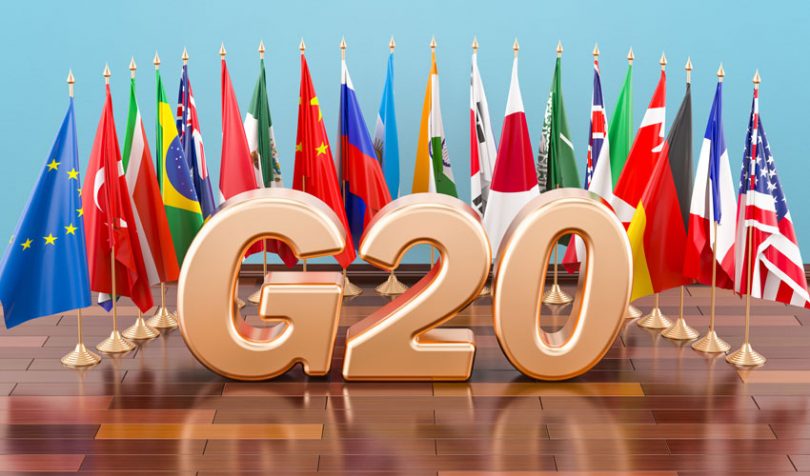 Indian Finance Minister Nirmala Sitharaman made a statement following her program with the Reserve Bank of India. He made a statement before the summit of the G20, which is expected to experience especially developments regarding cryptocurrencies. We will always witness together what will happen in crypto currencies after the hill.

The main topic of the G20 summit will be cryptocurrencies

Indian Finance Minister Nirmala Sitharaman is set to assume the presidency of the G20. Speaking at the Indian International Economic Interests Research Council on 1 November, Sitharaman drew attention to the developments in the country. Sitharaman said the country is “moving fast” with digital financial technology. However, she says she will talk about global regulation of cryptocurrencies, debt relief, international taxation bets at the G20. Nirmala Sitharaman will chair the G20 from December 1, 2022 to November 20, 2023, with a one-year deadline.

Speaking at the International Economic Relevance Research Council of India on November 1, Sitharaman evaluated the Indian people’s view of technology. The finance minister said that regulation in cryptocurrencies will be one of the priorities of the top of the G20. However, he also stated that he desperately needed reinforcements from other members.

Indian Finance Minister says all countries should work together

According to Sitharaman, he argued that India should work to ensure that cryptocurrencies can be “regulated with all countries”. He draws attention to the need to work with institutions such as the International Monetary Fund, the Financial Stability Council and the Organization for Economic Cooperation and Development. Sitharaman will take over the presidency of the G20, with India holding a one-term surrender ceremony from Indonesia in December. Indian Finance Minister Nirmala Sitharaman points out in a statement:

The IMF and OECD (Organization for Economic Development and Cooperation) have already started to work hard. I think we should encourage all countries to understand how cryptocurrencies can be regulated. No country can succeed in trying to regulate cryptocurrencies individually.

Finance Minister Nirmala Sitharaman stated that cryptocurrencies should be regulated because they are seen as “drugs, terrorist financing”. Along with these, she said that the regulation stemming from the processes carried out in the name of “only experiencing the system” would be in the national interest of India. As we have reported as Koindeks.com; Sitharaman also asks G20 members which policies should be worked on in coordination. Sitharaman said that it is essential to work together and in coordination for cryptocurrencies to become the most efficient.

In July, Sitharaman discussed potential risks to financial stability. Subsequently, it invites global cooperation on cryptocurrencies. The Reserve Bank of India, or RBI, banned banks from providing services to crypto firms in 2018. Following this decision, there was a ban that the Indian high court revoked in 2020. Since then, the central bank has periodically issued warnings about digital assets, citing India’s threats to cryptocurrencies. Progress continued, however, with the launch of the central bank cryptocurrency first announced in February on October 31st. The digital rupee pilot program for the wholesale segment started in the CBDC classical financial system. It was introduced on November 1 in a three-step tiered approach that is expected to be rolled out with “little or no downtime”.

Alex Gloria
Previous articleBinance CEO Announces The Base Level For Bitcoin!
Next articleFamous Politician: Not Bitcoin, These Coins Gained! I will buy a lot