Cryptocurrency Crisis: Bitcoin Could Crash Truth To These Levels! 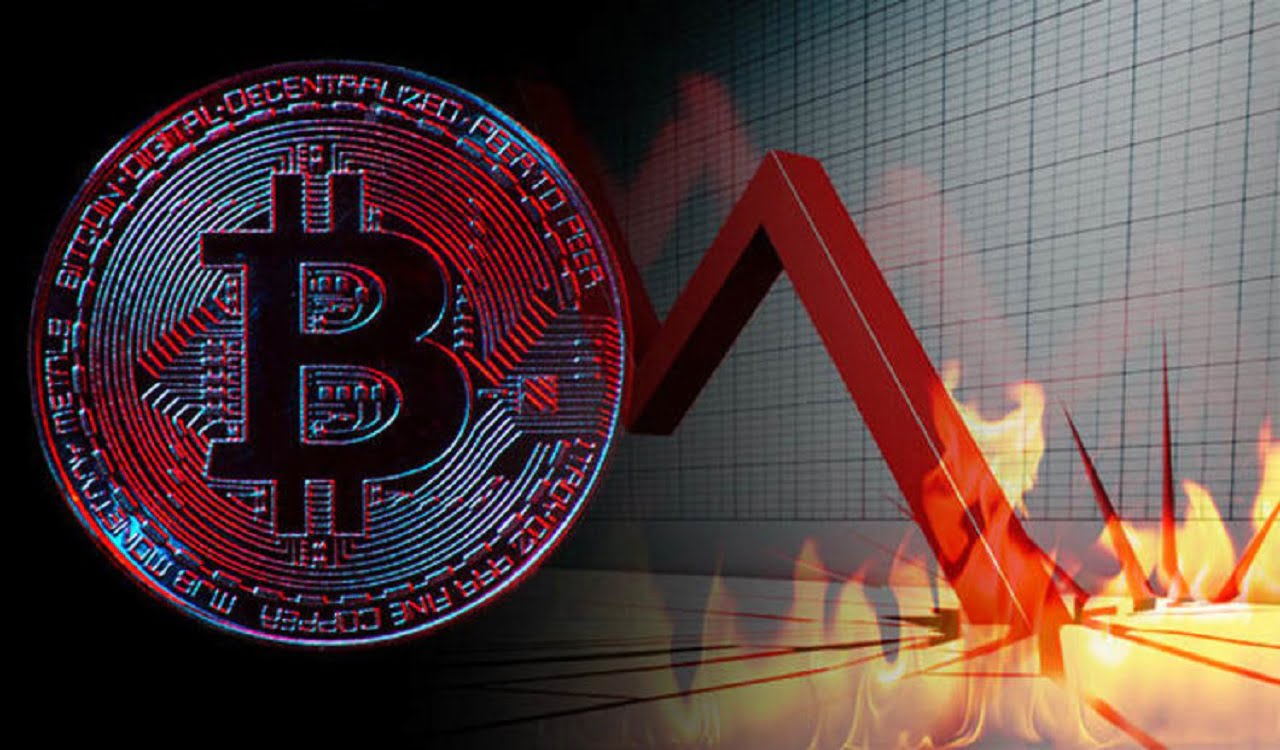 Bitcoin price has remained stable, given the troubled macroeconomic and geopolitical situation. Moreover, it has continued to consolidate in a narrow price range since September 2022. However, a rise in the Fed’s interest rate is reducing appetite for higher-risk assets, including Bitcoin. Independent analyst Nathan Aisenstadt predicts a crypto crisis and says BTC will drop 35%. We have prepared Nathan Aisenstadt’s evaluations and analyzes for our readers.

Risks for the cryptocurrency market

The prices of the most valuable world indices, S&P 500 and Nasdaq 100, rose 5% this week. This contributed to the still-pressured growth of cryptocurrency investments. The economic situation in the world continues to deteriorate due to rising inflation, which causes an increase in the cost of mining equipment.

The economic growth of China, the second largest Bitcoin mining country, accelerated slightly in the third quarter of 2022. But it remained at its lowest level in several years. Moreover, youth unemployment remains high at 17.9%. Moreover, these factors, combined with low housing prices, are likely to exacerbate China’s real estate crisis. This is likely to put significant pressure on the economy of many Asian countries.

Ultimately, this will lead to a rapid decline in investment interest in high-risk assets such as Bitcoin (BTC) and altcoins. However, despite the problematic macroeconomic and geopolitical situation in the world, the price of Bitcoin remains stable. Moreover, it continues to consolidate in a narrow price range since September 2022. In this article, we will analyze the reasons why Bitcoin price is not reaching the bottom now.

Despite continued downward pressure on the prices of various cryptocurrencies, Bitcoin’s hash rate reached an all-time high of 257.7 Exahash per second, up 13.2% from the previous month.

However, as the hash rate increases, the difficulty of mining systematically increases, which shows how difficult it is to make a mathematical calculation to find a new block and receive a reward accordingly. This indicator is up 47.1% compared to the high reached in May 2021, when China’s cryptocurrency trading and mining policy was significantly tightened, which marked the period that led to the mining company’s migration to Kazakhstan and the United States.

The sharp increase in mining difficulty in recent weeks is negatively reflected in the increase in the cost of Bitcoin mining. Therefore, there is a decrease in the cash flow of mining companies. As a result, this creates additional financial burdens on the cryptocurrency mining industry. Also, in the face of tightening central bank policies, it will be more difficult for corporate management to find funds for its activities.

At the end of October 2022, revenue per Exahash hit a multi-year low of 3.44 BTC per day per Exahash, down 44.7% year-on-year. The current situation is deplorable for the department, as an Exahash’s daily income is 67-72 thousand dollars. This number fell below the levels seen at the beginning of the 4th quarter of 2020 after the halving.

One of the most valuable metrics for assuming Bitcoin price is Mining Pulse. If Bitcoin blocks appear slower than 10 minutes, this indicates that miners have left the network due to the onset of a shock event. As you can see in the chart below, after every multi-year high in Bitcoin price, there has been a period of bearish sentiment that resulted in the dramatic capitulation of miners. According to my calculations, the next capitulation of miners will take place at the end of 2022, with a 20% increase in block spacing relative to the intent value. It will also significantly test the strength of publicly traded companies like Riot Blockchain.

The system developed and described on Glassnode uses basic parameters such as Difficulty and Export. The system allows estimating the cost of mining Bitcoin. Thus, it is possible to claim the most possible BTC price ranges that the largest market participants will begin to reach. For example, the current assumption cost of Bitcoin mining, marked with a pink line in the chart below, is $12,200. Referring to historical information, in many of the crypto crashes, including those that led to the surrender of miners, the price of Bitcoin reached the minimums precisely that this model infers.

Koindeks.com As you follow, the Fed still continues to increase interest rates. Rising interest rates often reduce the appetite for high-risk assets like Bitcoin. Ultimately, this means an increased likelihood that the cryptocurrency industry will continue to experience downward pressure through at least the end of 2023. This is due to the latest Fed assumptions that expect to raise the interest rate to the 4.25-4.50 range by the end of 2022. In 2023, it should be 4.50-4.75%. This will be the highest rate in the last 16 years.

The stock market continues to react negatively to Fed rate hikes. Shares of Meta Platforms and Amazon, for example, came under the most severe selling pressure this week. Because, in the 3rd quarter of 2022, there was a significant decrease in operating income.

Looking at the historical data, there is evidence that there is a correlation between the Fed’s interest rate and the Bitcoin price. Thus, on January 5, 2022, the FOMC issued minutes stating that the rate should be increased. In one day, the Bitcoin price dropped more than $3,000. Also, after five days the decline was about 16.3%.

Looking back at the 2018 crypto crash, the Bitcoin price continued to drop during the Fed rate hike. However, the downward pressure on Bitcoin price ended when the Fed stopped its policy tightening in early 2019. Thus, the crypto market stabilized. And by the second quarter of 2019, Bitcoin price reached $12,000. Thus, it increased by 275% in just four months.

I use Elliott Wave Theory when asserting Bitcoin price action. On November 8, 2021, a correction wave (IV) began to form, where the Ⓦ wave formed a zigzag (‘A’-‘B’-‘C’). Also, an incoming wave ⓧ continues to form at this time.

It is possible to see the wave (Y) formation as of October 17, 2022, which is included in the structure of the ⓧ wave, while moving from the weekly time zone to the 4-hour time zone. It will most likely take the form of a double zigzag. As a result, I expect Bitcoin price to rise to $23,800-24,200. After that, the corrective action of this BTC will continue until the $12,700-13,600 range. Here, smart money will start accumulating ‘digital gold’ in anticipation of the last global push wave ‘V’ and Bitcoin’s halving in 2024.

Alex Gloria
Previous articleWhat is All Sports? What Does SOC Do?
Next article17 Wall Street Analyst: Expect These Levels Next Week For Gold!