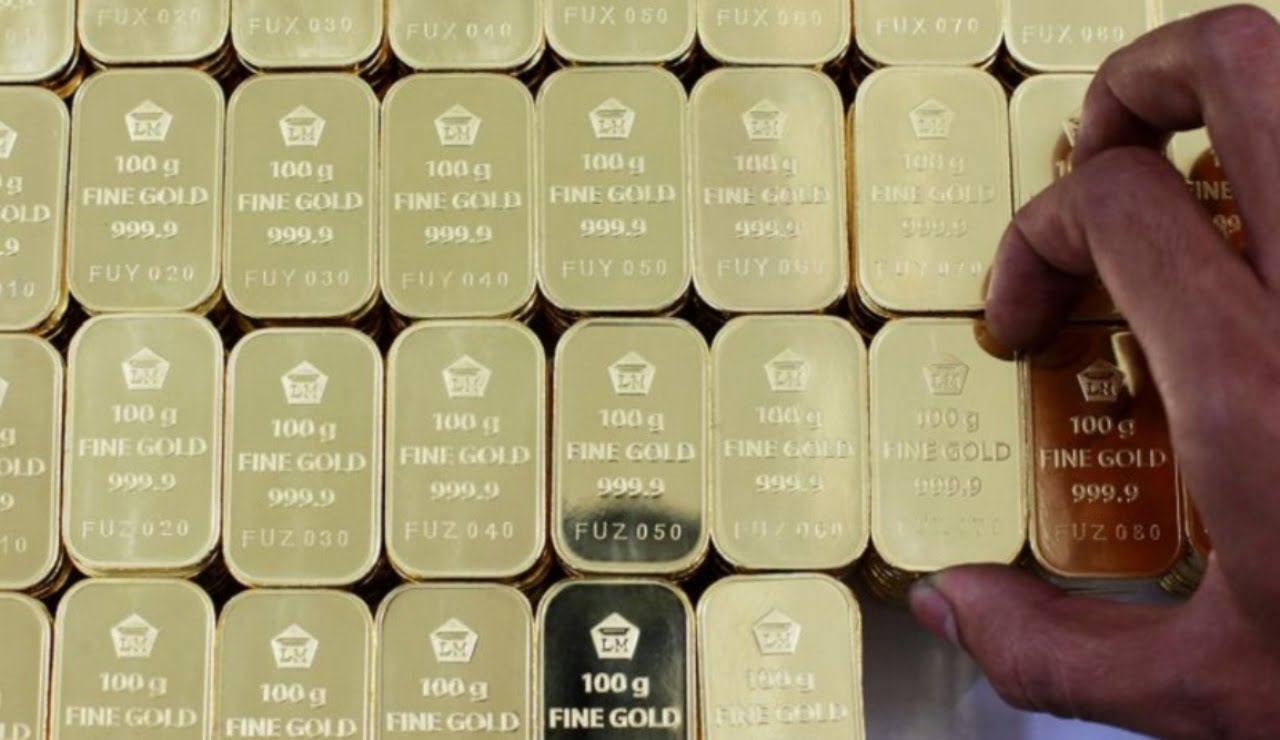 Data on Friday showed that core inflation data remained high. Thus, it strengthened the expectations for another high interest rate hike by the Fed next week. Gold fell more than 1% as dollar and bond yields surged subsequently. Analysts interpret the market and share their claims.

“Gold has been a bit of a disappointment this week”

Spot gold fell 1.09% to $1,644.99 on Friday. On the other hand, US gold futures traded at $1,644.8, down 1.3%. Consumer spending, which accounts for more than two-thirds of US economic activity, rose 0.6% last month, the Commerce Department said. Tai Wong, senior trader at New York Heraeus Precious Metals, comments:

There is concern that the core PCE at 0.5% monthly or 6% year-on-year will keep the Fed relatively more aggressive and that the slowdown in increases will come later rather than sooner. Gold has been somewhat disappointing this week, given the massive bond rally and the dollar’s downside. Moreover, he should have seen that the prices were heading towards the truth to $ 1,700.

“If that happens, it could lend a measure of afterwind to the gold price”

The dollar gained 0.3% against its rivals following the US economic data. Thus, it made gold more valuable to other money holders. In the middle, benchmark US Treasury rates also rose. Markets expect the Fed to raise interest rates by 75 basis points at its policy meeting on November 1-2. For December, traders are largely expecting an increase of 50 bps. In a note, Commerzbank analysts highlight:

After the US inflation remained stubbornly high in September, there is a clear expectation of another 75 bps rate hike in the markets. However, if central bankers imply that they will raise key interest rates at a less aggressive pace in the future, they could lend a measure of afterwind to the gold price, for example, in response to a cooling economy.

“Fear of stagnation will give gold the much-needed boost”

Vandana Bharti, vice president of commodity research at SMC Global Securities, draws attention to the upward movement in the dollar due to the Fed meeting, which is expected to increase by 75 bps. Therefore, he notes that gold will likely see some measure correction. In addition, the analyst says:

However, as time passes, the fear of calm grows stronger. This will likely give gold the much-needed boost. Also, it will limit the negative side.

Jigar Trivedi, senior analyst at Mumbai-based Reliance Securities, says investment demand for gold is still weak. He also notes that the outlook for gold is still in a downward trend, with individual demand not being aggressive. In this context, the analyst makes the following statement:

“Gold expects another good year in 2023”

Koindeks.com As you follow, it is possible that the Fed will announce another 75 bps increase next week. However, traders expect a half-point increase in December. Expectations for a more dovish Fed were based on data showing US consumer spending fell to 1.4% in the third quarter, providing new evidence that the economy is starting to cool.

The Fed’s sharp rate hikes since March pushed gold down 9% this year. Because that increased the opportunity cost of holding zero-yield bullion, it also boosted the dollar. City Index analyst Matt Simpson comments:

Gold expects another good year in 2023. Because the Fed pivot will have to come to a point . Also, chickens may return to the nest as economies falter in a high-interest environment. So, it is possible for gold to recover on the basis of safe harbor demand.

Analysts at Sevens Report Research say real rates should decline with an easier monetary policy stance. They also note that the point where the Fed has reached the top of the falconry is an ample buying opportunity for gold. Kinesis Money market analyst Rupert Rowling draws attention to the following issues in his daily market comments:

The ECB doubled its benchmark rate on Thursday, reminding investors that the course of the interest rate curve will continue to climb for a few more months, albeit at a slower pace. Thus, while the Fed and other central banks around the world were able to cut back on aggressive rate hikes sooner than initially feared, this remains an environment in which rates are still rising, although it has provided some relief. Therefore, with a lack of dividends, it is unlikely that gold will continue to make valuable gains. Gold is more likely to consolidate at the current $1,650 level.

Alex Gloria
Previous articleHere are the 3 Big Bitcoin and Altcoin Forecasts for November!
Next articleEyes Locked on These Coins: Cosmos and These Altcoins Have Launched!