Bitcoin, Ripple, SHIB and ETH: What to Expect in Q4 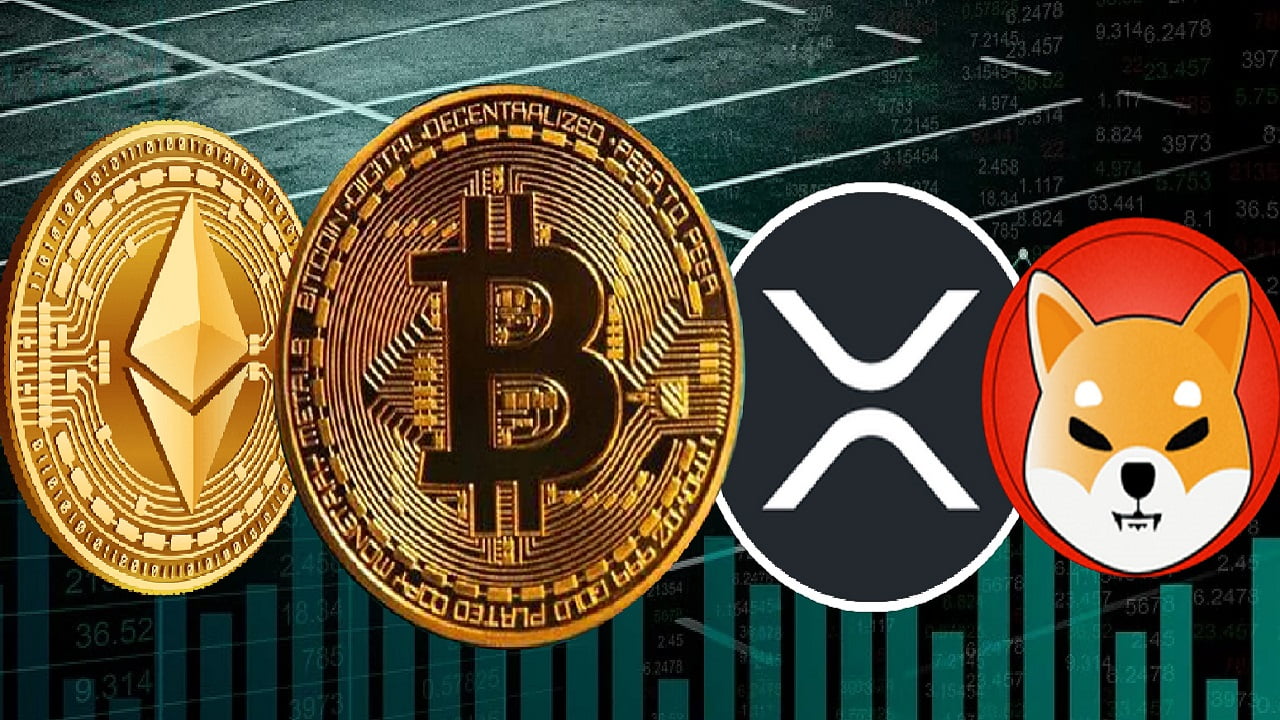 What to watch out for in the remainder of Q4 for Bitcoin (BTC), Ethereum (ETH), Ripple (XRP)? Crypto analyst Tony M is looking for answers to this question with his BTC, ETH and XRP analysis. Also, the crypto community is setting the price of the Shiba Inu for the end of December.

BTC is once again in a ‘live or die’ situation. After a 25% drop, Bitcoin managed to regain 16% of its market cap. As a for-profit consolidation approaches $17,000, investors are forced to ask a fundamental question. Is the current BTC price a discount before a stronger countertrend rally or a temptation trap before the downtrend resumes?

Bitcoin price is currently trading at $16,718. The 25% drop reached a new year low of $15,632. The Relative Strength Index shows a bullish divergence amid newly established lows and June 18 lows held as reinforcements throughout the summer. The Volume Profile indicator shows that traders are now much more interested in the market than they were during the summer.

Considering the RSI divergence and the increase in volume, Bitcoin will likely witness an influx of volatility. If the divergence turns up, it’s possible for BTC to challenge the newly formed bears around $20,000. The second goal is summer liquidity levels around $23,400. Traders should consider applying healthy risk management techniques to minimize losses while trying to catch the knife.

A breach below $15,900 is required for the bullish idea to be invalidated. If the level is tagged, new lows will likely follow. As such, an unmistakable additional drop to 2020 liquidity levels in the $14,000 region will likely be Bitcoin’s next landing spot. The bear scenario will result in a 15% decrease from the current market capitalization.

“Ethereum is fighting to return”

Ethereum eased 25% following the positive US CPI. Prior to the move, ETH witnessed an Eiffel-style drop of one penny, briefly pulling it below $1,100. While Bitcoin is showing optimistic signals, Ethereum’s uptrend has subtle hints that suggest traders should take more cautious measures.

The market is quickly consolidating below the recently broken foothold that was established in mid-September and October. The bulls produced a daily closing candle to the broken support area, which is a positive note. A Fibonacci retracement instrument surrounding the strong part of this week’s decline shows that the bulls are already rallying 50%. Therefore, ETH can be terminated in a form that will transcend higher interests. The next target will be the 61.8% level at $1,362. If ETH picks up this level again, traders should expect a take profit reaction at the Fib level.

Still, it’s possible to achieve a 2.5-1 risk-reward ratio by targeting the 61.8% Fib level. The trading idea requires the current consolidation to withstand bearish pressure without breaking the daily low at $1,201. In the invalid possible case of the bullish thesis, it is possible for ETH to retest the recent lows of $1,080. Such a move would mean a 15% drop from its current price.

Ripple price is currently auctioning at $0.38. On November 10, the bulls made an 18% recovery rally. The rally created a massive uptrend that engulfed the bar a few integers below the $0.40 price level on the daily timeframe. The Relative Strength Index (RSI) shows the November 9 low of $0.3160 ​​due to the oversold at $0.3012 from the June 13 low. This nuance shows that Ripple (XRP) has the underlying strength. Also, it’s probably a sign that the market will be the catalyst to challenge the newly formed bears.

It is possible for ripple price to fluctuate in the middle of $0.32 to $0.56, potentially for the remainder of Q4. If the bulls recapture the $0.50 region, liquidity levels up to $0.66 are expected to compete with difficulty. But traders must take one step at a time. For a bullish potential, the June 13 low of $0.30 must not be broken. If the invalidity level labels, an accurate additional drop to 2020 liquidity levels around $0.26 is possible. Such a move would mean a 35% drop from the current market price of XRP.

Koindeks.com As you follow, Shiba Inu (SHIB) has always been characterized by sales in 2022, in line with the general trajectory of the digital asset market. However, the SHIB community is still betting that the token will end the year on a high. Accordingly, the SHIB community at CoinMarketCap assumes that the token will cost an average of $0.000011 by December 31, 2022. This represents a profit of 17.53 percent from its current price.

In particular, the bet by community members is in line with SHIB’s increasing number of holders. This is an indication that investors believe the token will rally in the future and possibly regain 2021 highs. Accordingly, SHIB witnessed a steady increase in the number of holders, with the prestige of November 11, numbering 1,243,497. This represents a growth of 3%, or 37,225, in holders over the last three months.

SHIB technical analysis continues bearish trend. A summary of the techniques aligns with ‘sell’ at 14, while the moving averages support a ‘strong sell’ at 13. Oscillators, on the other hand, are ‘neutral’ at nine on the daily indicators.

Alex Gloria
Previous articleWhat FTX Crash Means for the Future of BTC, SOL, SHIB
Next articleWhat is OCD? What Does OKB Coin Do?