Behind the Scenes of FTX-Alameda Bankruptcy: Here’s What Happened Every Day! 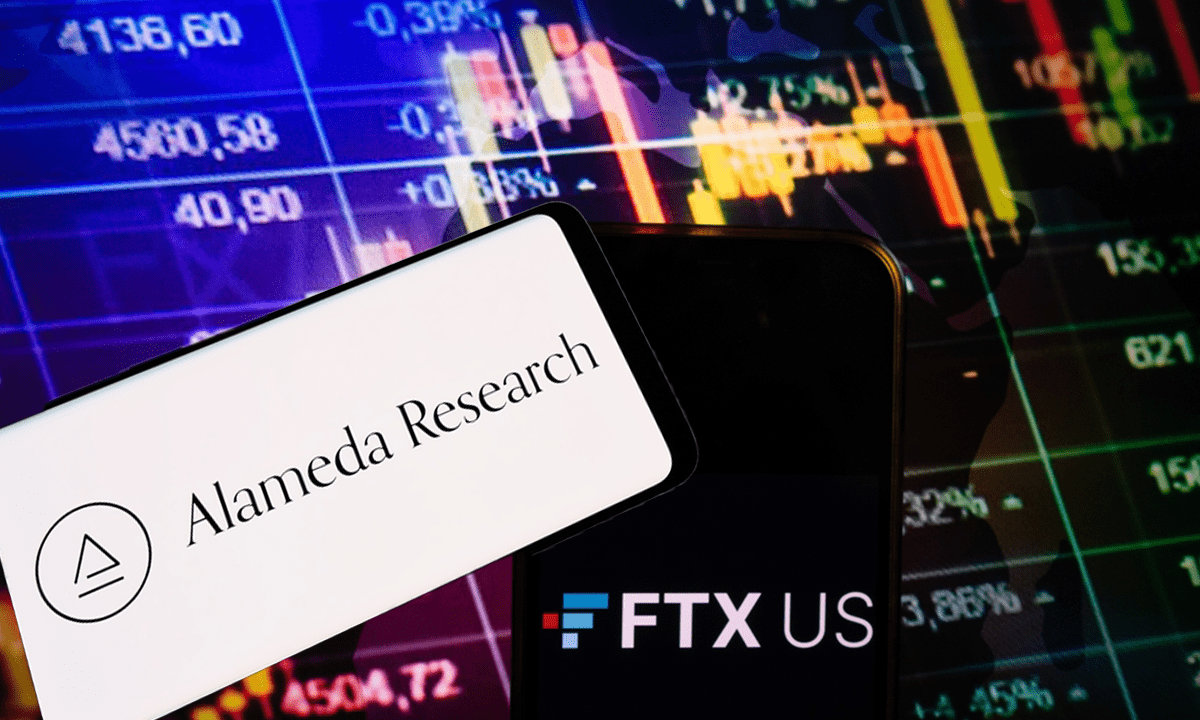 Cryptocurrency exchange FTX has funded risky bets on CEO Sam Bankman-Fried’s (SBF) trading firm Alameda Research. It has lent billions of dollars worth of client assets for it. Sources familiar with the matter said the move caused the stock market to explode and a liquidity crisis. SBF’s teams at FTX and Alameda have not offered a satisfactory explanation of what really happened. On-chain research, verified and unconfirmed sources, and tweets by SBF, FTX, Alameda and related organizations reveal that the crisis was caused by Terra’s $41 billion collapse. Here is the comprehensive timeline for the FTX-Alameda events…

Timeline of the FTX-Alameda crisis

Samuel Bankman-Fried’s trading firm Alameda Research suffered huge losses after the explosion of Terraform Labs’ sister tokens LUNC (formerly LUNA) and UST. Koindeks.com As we reported, Terra’s algorithmic stablecoin, UST, had a collateral-free design. This made it more susceptible to bias and de-pegging than other stablecoins.

Some sources claim that Alameda Research suffered huge losses with the $41 billion Terra explosion. Informant and Terra community member FatManTerra claimed that Jump Crypto Leader Kanav Kariya, Terraform Labs CEO Do Kwon, and FTX exchange CEO Samuel Bankman-Fried were involved. FatManTerra said that SBF has made a 30 percent Serum (SRM) settlement with Jump Crypto, which is why the CEO of FTX is exposed to the collapse of Terra.

Sources close to the matter argue that Alameda is trying to bail out bankrupt lending platforms to avoid collateral liquidation. The collateral for many loans was FTT, the native token of the FTX exchange. This was done to avoid a mass liquidation of the FTT which could have resulted in less selling pressure on the exchange’s native token price. A number of individuals close to the issue have explained a theory such as:

SBF has ignited the ire of crypto influencers and big names through its “nail-in-the-coffin” regulatory scheme for the DeFi industry. The biggest issue was the Digital Commodity Consumer Protection Act (DCCPA) and how it became public knowledge. Gabriel Shapiro has uploaded a copy of the still ongoing DCCPA, outlining how the US Commodity Futures Trading Board (CTFC) will regulate the crypto industry, on GitHub. Shapiro serves as General Counsel for Delphi Labs, the research wing of investment firm Delphi Digital.

The DCCPA was introduced in August by Senators Debbie Stabenow and John Boozman. Sam Bankman-Fried, CEO of Coinbase and FTX, openly supported the bill. It gained momentum as it offered an alternative to the law, which the SEC described as an enforcement-by-regulation strategy. Jake Chervinsky, political leader of the crypto lobby cluster The Blockchain Alliance, said:

This bill can be interpreted as a DeFi ban.

SBF has been criticized by Binance CEO Changpeng Zhao and prominent figures in the industry for their views on DeFi regulation. CZ announced its decision to sell $584 million of FTT tokens, triggering FUD (fear, uncertainty and doubt) in the community. The FTT price fell from $22 to $3 a short time later. SBF’s FTX exchange and Alameda Research did everything and failed to stop FTT’s collapse. FTX’s native token is currently around $3.

Unconfirmed sources and crypto analyst Hsaka Trades argue that SBF is trying to de-peg USDT as rival exchange Binance holds Tether on its books at a cost of 17.6 million. Tether remained stable and rebounded to $0.99 after falling intermittently from $1 to $0.97.

November 8, 2022: FTX reaches out to Binance to save the exchange

CZ told his 7.5 million followers on Twitter that FTX had asked Binance for help. To support traders and protect the crypto community, Binance signed a Letter of Intent (LOI) to acquire FTX and began due diligence on the exchange.

Just a day after they said they would buy FTX, Binance voiced its fuss about the ailing exchange’s state. He withdrew the bailout offer, stating that the business’ situation was beyond “what they would help”. Hours after Binance’s announcement, USDD, the stablecoin of the Tron ecosystem, suffered a slump. It dropped from $1 to $0.98. The reason was thought to be related to Alameda selling its holdings in USDD to protect itself from bankruptcy.

Then, Tron founder Justin Sun tweeted that he is on the side of Tron (TRX), BitTorrent (BTT), Just (JST), Sun Token (SUN) and Huobi Token (HT) holders. To protect token holders in the Tron ecosystem, Justin Sun and his team spoke to FTX for a plan to save the exchange.

FTX exchange; TRX announced that they have reached an agreement with Tron to set up a proprietary system that will allow holders of BTT, JST, SUN and HT to move their assets from FTX to external wallets. This function was to be activated on November 10, 2022 at 18:30. The exact capacity of Tron’s token facility will be determined weekly. The measure to be deposited would depend on a number of factors, including the withdrawal demand and the funding capacity to be provided by Tron.

As part of the settlement between FTX and Tron, the exchange disabled all Tron deposits for users. The only deposit process would be pre-announced deposits made weekly by the Tron group. Initially, $13,000,000 in assets would be distributed to facilitate swaps, and information on future capital injections would be shared weekly. The announcement indicated that TRX, BTT, JST, SUN and HT were expected to experience high levels of volatility.

Crypto experts on Twitter have determined that withdrawals from FTX have begun. The exchange told traders that withdrawal processes have been opened for users in accordance with Bahamian regulations. The metric withdrawn is a small fraction of the assets FTX currently holds, and they are working on additional ways to enable withdrawals for the remaining users. Sam Bankman-Fried apologized to international users of FTX on Twitter.

Last week, the FTX exchange processed over $8.7 billion in withdrawals versus $7.7 billion in deposits. This translates to a net outflow of approximately $1 billion. Not surprisingly, this was the biggest breakout compared to any other cryptocurrency exchange in the same period.

On-chain information reveals that the balance of USD Coin (USDC) in FTX’s primary Ethereum hot wallet peaked at $408.3 million on Oct. 26. Many of the withdrawals initiated during this period were from trading firm Alameda Research. This raises the question of whether the firm is withdrawing funds to meet its liquidity needs elsewhere.

FTX’s stablecoin liquidity was in free fall, and the exchange wallet lost $137 million in USDC within 48 hours. After CZ’s tweet informing users about the $584 million FTT token sale and risk management considerations in FTX, he began to wait for the “bank rush”. The bank move indicates that depositors try to withdraw money from a bank that is thought to go bankrupt.

About $1 billion worth of non-Ethereum ERC-20 tokens were withdrawn from the FTX exchange mid-November 5th and 10th. The onchain analysis reveals that users protect tokens with higher market value and liquidity before withdrawing smaller, less liquid tokens.

An analyst, Hsaka Trades, believes that large wallet investors can exit on time. Whales withdrew all or some of their funds from FTX before the liquidity crisis unfolded by November 8. It was able to withdraw $269 million USDC and USDT from FTX with a wallet address 0xbe385b59931c7fc144420f6c707027d4c2d37a81 and moved approximately $33 million to Binance.

The chart above shows a series of processes where wallet A pulled $269 million from FTX, of which about 12.2 percent moved to Binance. The big wallet investor remains anonymous, but the process history points to industry insiders. It stands out with node A (0xbe385b59931c7fc144420f6c707027d4c2d37a81), which interacts with B (0x0d71587c83a28e1adb9cf61450a2261abbe33632), which has a process background with Genesis OTC and Three Arrows Capitals. These are worthy names that have emerged in contact with Terra’s $41 billion explosion.

C has a history of transfers to the Genesis OTC wallet just like B has interacted with in the past.

An examination of the processes midway between FTX and Alameda revealed that the trading firm is attempting to close the liquidity issue the exchange faced mid-November 5th and 7th. After receiving tens of millions of dollars from FTX in the last week of October 2022 and the first week of November 2022, Alameda moved approximately $360.9 million back to SBF’s exchange to deal with the impending liquidity crisis.

This information supports the idea that FTX’s funds were mixed with Alameda. No rational trading firm would invest money in a stock market experiencing a bank attack. The $360.9 million entry into FTX from Alameda was an attempt to bridge a gap and failed.

News of the alleged bank hack of the FTX exchange and its mixing of funds with Alameda has become commonplace in the past few days. Several crypto platforms, exchanges, and organizations have come to the fore, rejecting SBF’s involvement with the FTX exchange and Alameda Research. However, the denials of these third-party individuals are reminiscent of the $41 billion Terra explosion, in which crypto hedge funds stopped withdrawals and filed for bankruptcy within a month, despite initially denying that they were involved in the boom.

Rumor has it that Alameda sank after the collapse of FTX, but on-chain data suggests otherwise. Larry Cermak of The Block highlighted a number of questionable Alameda wallets currently holding $50.9 million in USD, ETH and non-BTC assets. Amid all cryptocurrencies held by these wallets, the largest position is in BIT, the token of the centralized exchange Bybit. Alameda acquired BIT through a token trade for FTT. Alameda still holds 100 million tokens worth approximately $32 million at current prices.

Alameda’s largest unrelated SBF states are xSUSHI and LDO at a total cost of $5.8 million. If the trading firm liquidates its position in these tokens, it could result in a small increase in supply in the increasingly illiquid market.

Did FTX and Alameda crash the crypto industry?

The exchange of funds before and during the exchange amid SBF’s two entities, FTX exchange and Alameda Research, supports the idea that the two are more closely linked financially. The huge asset wallet A managed to attract hundreds of millions of stablecoins during the run, and the whale likely protected its assets from the bank move. Doubtful Alameda wallets are thought to still have more than $50 million in tokens at risk of liquidation on the open market. Alameda has over $12 million in outstanding loans at a very high risk of default.

The collapse of FTX also caused chaos across DeFi as liquidity dried up for both MIM and USDT. As a valued user of Abracadabra, Alameda used the local token FTT as collateral to issue Magic Internet Money (MIM). As of November 3, more than 35 percent of the outstanding MIM supply was backed by FTT.

The stablecoins USD Tether (USDT), USD Coin (USDC) and USDD (the stablecoin of the Tron ecosystem) have dropped or dropped below the $1 level permanently. Stablecoins are crumbling under selling pressure as traders pull their fiat money from the crypto market.

FTX US, which includes Alameda Research and approximately 130 related organizations, filed for bankruptcy, and CEO SBF resigned from his mission to the exchange.

Alex Gloria
Previous articleCrypto Billionaire: I Will Get More Coins!
Next articleNot Just FTT: This Affected 2 Altcoins As FTX Dropped!