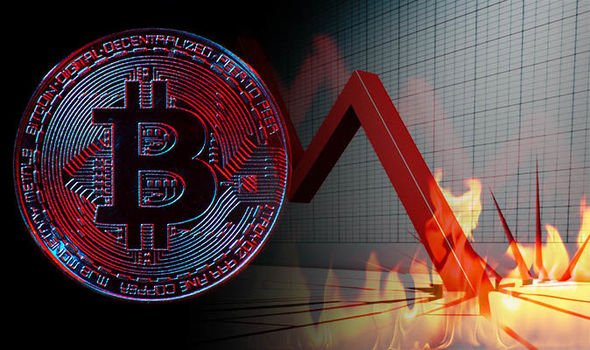 The leading cryptocurrency, Bitcoin, gained 5.89 percent at its expense last month, keeping its price in the positive area. The bullish name for many cryptocurrencies, including BTC, has brought recovery. However, the Fed’s decision to raise interest rates by 75 basis points to control inflation affected the market. Following the decision announced at the beginning of November, the BTC price triggered a new start of decline.

Bitcoin price is near the last resistance zone

Many investors are keeping a close eye on Bitcoin’s future price action amid negative market sentiment. With the start of November, crypto analysts and strategists who are experts in the field are sharing their expectations. They share their predictions about the future volatility of the cryptocurrency market.

Crypto analyst CryptoCapo, known for his accurate prediction of Bitcoin crashes, has released its latest price forecast. The analyst closely examined BTC’s previous price action in 2022. The analyst said that Bitcoin will be lower than the current price before falling sharply. According to Capo, BTC is ready to form a lower level. Capo states that the Bitcoin price has formed a falling resistance pattern since July.

What level is next for BTC price?

CryptoCapo thinks that there will be another resistance for BTC at $ 21,400. Afterwards, it will witness a sharp decline below the $16,000 level by the end of next week. In addition, Capo predicts that Bitcoin’s current resistance point has entered the final capitulation zone. Further, another crypto analyst, Cyploss, said that BTC’s weekly RSI level has formed a falling pattern. He explains that the next week marks a sharp drop in Bitcoin price.

Bitcoin may be bullish after ending the descending triangle pattern. Leader crypto money has attracted attention in terms of price fluctuations in the last 24 hours. According to CoinMarketCap information, Bitcoin is currently down 2.16 percent. In addition, it continues to see the process at the level of $ 20,787.

If these occur, BTC price will face a drastic drop.

Looking at the daily price activity of Bitcoin, it broke the sudden resistance level at the level of 21 thousand dollars a short time ago. After that, he continued his upward movement. However, BTC formed a strong bullish candle near the EMA-100 trendline. As a result, it points to more bullish momentum on the chart.

However, the RSI-14 continues to hover around a strong multi-bought zone at 64. In this case, it has the potential to bring about a rejection for Bitcoin and can minimize it. Besides, the MACD line is currently gaining momentum and entering a bullish divergence zone for BTC price. Looking at the Bollinger bands, the upper limit was also at the level of 22.4 thousand dollars. According to the analyst, a break above this level could take BTC price to the main resistance level of $ 25 thousand.

Conversely, however, the lower end of the Bollinger band is also located at $20,700, which acts as an immediate reinforcement level in determining Bitcoin’s future price action. As a result of the analyst’s prediction, if BTC fails to maintain its uptrend and falls below $20,000, it may continue. In this case, it is possible to process close to 18 thousand dollars. A process that will take place below $ 18 thousand may bring new lows for Bitcoin.

Previously, analyst Capo predicts a return to the $20,000 support and resistance level before BTC drops to $14,000 in November. He says the pullback could come after BTC hits $21,000 high this month. The analyst states that the last chance to catch the longs is the level of 21 thousand dollars. On the other hand, he states that if the bears dominate the market again, that is, in case of decreases, the main objective is 14 thousand dollars.

Alex Gloria
Previous articleThis Week Is The Big Day For These 28 Altcoins: Here’s What They’ll Be!
Next articleHere are 10 Events That Will Impact Bitcoin, SHIB and Altcoins This Week!