Altcoin Predictions from the Analyst Who Knows the End of the Bull Market! 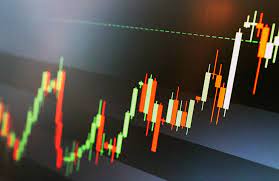 The analyst, who genuinely assumed the end of Bitcoin’s bull market last year, made a new prediction. The analyst predicts a massive rally for this Ethereum-based (ETH) altcoin. According to the crypto analyst, ETH-based altcoin projects can profit in the bear market.

The analyst, known in the industry as Pentoshi, shared his predictions with his 640,900 followers on his Twitter account. He says that the decentralized Oracle Chainlink (LINK) has one of the best looking charts when looking at the high timeframe. The crypto analyst also thinks that investing in Chainlink, which is scheduled for launch in December, will have an impact. He also talks about his expectations that it will be a catalyst that pushes LINK to its $12.45 price mark. Pentoshi includes the following words in his post:

If people were quiet right now, I think three to four weeks from now it won’t be like that. It takes four to five weeks (to set the target) to keep track of the time.

As we have reported as Koindeks.com; Chainlink is up 6.58% in the last 24 hours. LINK is currently continuing to see the process at $ 8.07. An unmistakable move to Pentoshi’s cause shows over 60 percent upside potential to the LINK name. Pentoshi also closely monitors the total market capitalization of altcoins, excluding Bitcoin and Ethereum. According to the analyst, the index, which tracks the price of altcoin markets, is in a position to form a short-term base.

Analyst expects these levels before rally in Ethereum and Bitcoin

In case of a local bottom zone, the analyst expects upward movement in the index. Pentoshi predicts that the index could rise from the current $387 billion to $456 billion. This shows that altcoin projects generally have a valuable space to grow. The analyst includes the following terms in the post:

After all, the current bear market has built its base directly above the 2017 all-time high. Having said that, it’s good luck to see MANY not all return to August levels.

The analyst, who looks at the leading altcoin Ethereum, says that ETH has entered a new trading range:

Ethereum (ETH) is up 0.89% in the last 24 hours. Currently, it continues to see the process at the level of $ 1,618.53. When we look at the President cryptocurrency Bitcoin, the analyst gives a caveat. The analyst says that BTC fell to set a trap for the BTC bears name before starting a new rally:

Expect the $19k bottom bears to celebrate the first pullbacks within a week. Then punish them with ascension again.

Alex Gloria
Previous articleCelebrity Holding These 4 Coins: This Will Be The First Multimillion Altcoin!
Next articleNovember Assumptions Released: Aptos and These 4 Altcoins Could Explode!