Algorand Is Also On The List: 10 Altcoins To Solve! 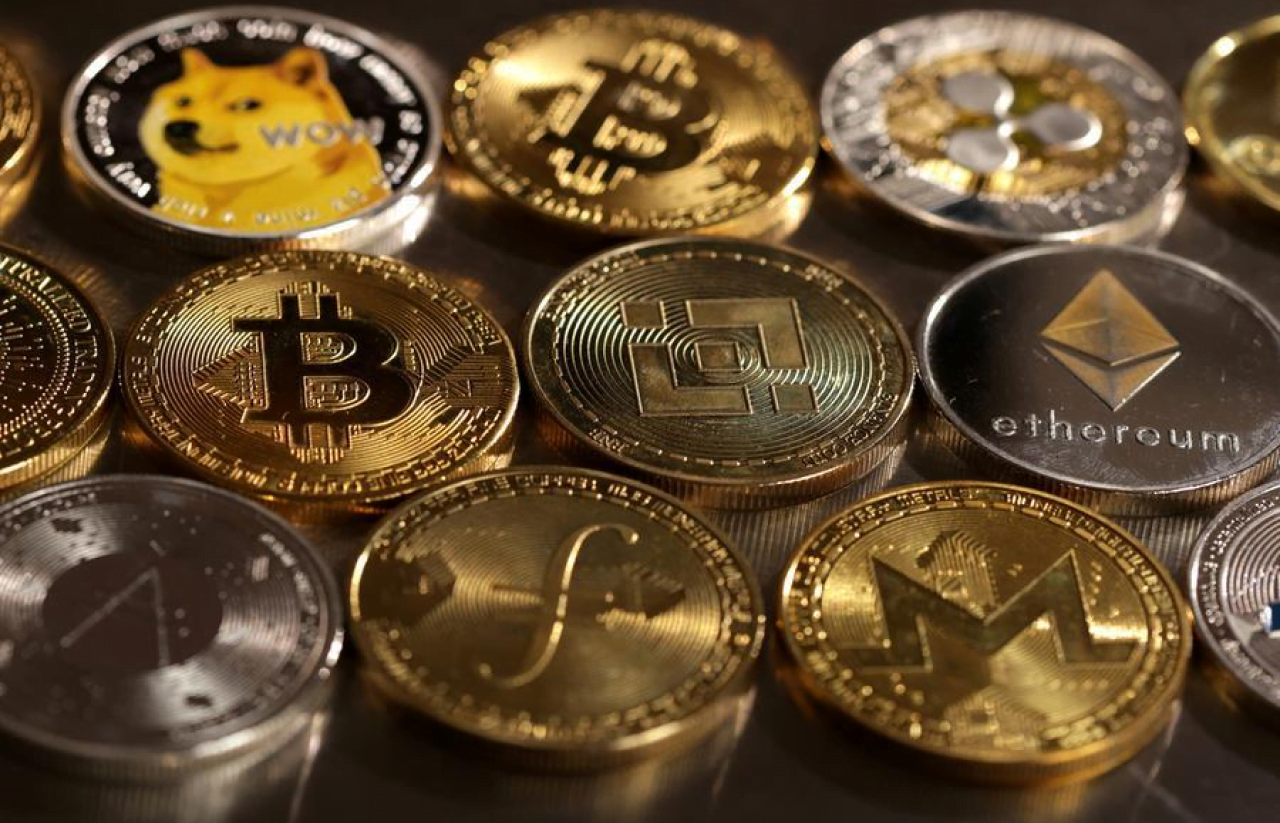 Most investors want to find the most affordable altcoins to provide high benefits. In this article, let’s take a look at the opportunities that include recognized projects such as Algorand and XRP from the list of analysts.

Ripple (XRP) is at the top of the list due to its revolutionary technology and being a fundamental cryptocurrency. It is seen as a technology to replace SWIFT as the preferred mid-bank payment network. Today, several top banks and financial institutions have essentially partnered with Ripple. In fact, analysts and investors are confident that multiple, just SEC lawsuits are currently blocking the XRP price.

Not only is there great investor interest, but Ripple also gives faith with its price action. For example, during the 2017 rally, the peak price reached $3.40. It embarked on a similar run in early 2021, reaching just $1.08. XRP is one of the most traded large-volume cryptocurrencies today. As Ripple Labs continues to take small profits against the SEC in court, the market is convinced it’s only a matter of time before XRP rallies and rises above 2017 highs.

Like Ripple, XLM aims to facilitate faster, safer and more affordable mid-bank transfers. As it is currently trading at around $0.2, analysts consider XLM to be the most promising low crypto. Plus, unlike Ripple, it doesn’t fight a court battle.

Some of the factors that convinced analysts and the market that Stellar will almost certainly blow up in the near future are the well-crafted roadmap and strong development group. In the next 5 years, experts are confident that XLM could reach $2.5, close to 13 times its current price.

BAT aims to revolutionize the $500 million advertising industry. In partnership with the Brave browser, its founders are trying to leverage the growing concerns about internet security to fuel cryptocurrency adoption and use cases.

They propose to decentralize digital advertising and give internet users control over the measure of individual information advertisers can access and absolute control over the kinds of ads they watch. They also get paid to watch this content by sharing the prices advertisers pay with the BAT network.

Launched in 2017, Basic Attention Token prices are actually 350% above its introductory price, and the Brave browser is adding more than 25 million users a year. This steady growth, increased awareness of internet security and snowball blockchain adoption are expected to continue to support the rising price action of BAT.

The development of the Algorand token took the crypto industry by surprise when it launched a network that solved the blockchain boredom. The developer community and institutions have embraced it and started testing different Dapps. However, the investment community, which has increased the Algorand token ICO prices by more than 650%, has made it the 30th most crypto project.

Going forward, many analysts and investors are confident that we will witness a surge in developer interest in Algorand. As developers seek more stable smart contract platforms to serve as Ethereum alternatives, they believe this will be fueled by the coming era of DeFi and Web 3.0. Such an influx of developers is expected to spur demand for the Algorand token, which will push its prices to new heights.

Over the past month, Algorand prices have been trading in the middle of $0.6 to $0.9. Changelly experts expect the price to increase by as much as 1500% in the next 5 years.

The Tron network is dedicated to content creation and fun. The network, which was established about 5 years ago, continued its upward trend even in the face of the slow adoption of Blockchain technology. It has also proven its resilience by surviving two major crypto market crashes, in mid-2018 and mid-2021.

In both cases, he quickly recovered. This flexibility is credited with the current market cap of more than $5.8 billion and an uptrend that has seen token prices rise 3000% above the starting price. He’s not just a president in the Tron-based revel field. One on one is highly innovative with the Tron Foundation working tirelessly to maintain this competitive advantage.

It recently acquired BitTorrent, a famous document sharing platform. The TRX token has also received endorsements from a number of famous artists, including NeYo and rapper Lil Yachty. Others, such as Lindsey Lohan, have started and sold NFTs on the Tron network.

On top of all this, Tron’s well-organized roadmap and aggressive marketing by the platform’s Founder Justin Sun are expected to continue to increase the value utility of the TRX token for the foreseeable future.

Graph is an indexing protocol for querying information on the Ethereum network. It aims to make it easy for developers in the decentralized network to query Blockchain and identify safe and accurate information to build on the network. Expert opinions suggest it could be the perfect tool for building both DeFi and Web3 ecosystems, the next big trend in the crypto industry.

But these are not the only reasons The Graph is on the list. Others are that its developers have vowed to launch the indexing protocol for all smart contract Blockchains. Also, its price has already gone over $1. It peaked at $2.88 in early 2021. With the growing interest in DeFi and Web 3, along with a catching up crypto market, analysts are confident that GRT will easily rebound to those highs and possibly rally to $5.60.

Shiba Inu is one of the cheapest cryptocurrencies on the market today. It is the second most recognizable and most valuable chest coin with a market cap of $6 billion. Analysts don’t expect Shiba to hit anywhere near $0.1 with its current supply of 550 trillion. However, they expect the Shiba Inu price claim to release incredibly pricey breakthroughs that have pushed the expense of their investor portfolios to unimaginable heights. For example, at the height of the 2021 crypto market rally and chest coin craze, SHIB token prices rose more than 5 million percent.

Trying to reflect similar growth during the next market rally and meme coin craze, Shiba Inu developers have already started burning a large number of SHIBs. While they may not burn SHB tokens to $0.1 or even $0.01, every indicator points to the move will help ignite a massive price rally to the benefit of current SHIB investors.

Cronos is the native token of the Cronos network, which is closely linked to the Crypto.com exchange. Recently, Crypto.com has been involved in an aggressive marketing campaign that has attracted millions of users worldwide and has become the 9th most liquid crypto exchange.

Cronos is to Crypto.com what Binance coin and Binance Smart Chain are to Binance exchange. And BSC’s popularity has helped the BNB price skyrocket to unimaginable heights. For an altcoin whose prices have changed between $0.33 and $0.52 in the last 3 months, it can go up to $4.40 in the next 5 years.

Cardano is one of the trending cryptos of 2022 and one of the smoothest under $1 to invest today. Even at current prices, ADA is 4200+% above the starting price. It has the highest price at $3.10 and is always ranked in the middle of the lowest value cryptocurrencies. The only factors keeping Cardano from booming at the moment are the massive supply of cryptocurrencies and the slow adoption of Blockchain technology.

However, with the anticipated booms of DeFi and Web 3.0 and a recovering crypto market, the market expects the 9th most expensive cryptocurrency to recapture, possibly surpassing its all-time high. Analysts like Adam Webb, for example, expect the ADA token price to increase 10 times in the next 5 years.

Another cheap cryptocurrency that can be invested in 2022 is Dogecoin. DOGE. It has existed since 2013 and has always recorded weak low price action and almost non-existent trading volumes for the longest time. But that all changed when he was picked up by billionaire entrepreneur and crypto advocate Elon Musk in early 2021.

Within a week of this confirmation, Dogecoin prices have increased by more than 18,000%. Throughout 2021, a series of tweets from Musk and confirmations from a growing number of crypto investors, such as Mark Cuban, kept Dogecoin prices on an uptrend. These were particularly critical in helping DOGE topped the list of the 10 most valuable cryptos and amass the current $8 billion market cap.

Looking forward, analysts are confident that more Elon Musk tweets and action will help Dogecoin continue its uptrend and possibly break the pair with the USD. For example, he hinted at allowing the purchase of Tesla vehicles with Dogecoin, and even made the joke about making DOGE the official currency of Twitter if he bought the social media platform.

Alex Gloria
Previous articleTake Note: Here Are the Next Precious Dates For The Ripple Case!
Next article“Shorts Up” Traders Are Waiting For These Numbers For Bitcoin!